BP #5: Initial Assesment of the Netherlands

En hier zijn we allemaal! What a whirl of a couple of days it has been since flying into the Netherlands. My flight from Atlanta was a redeye, but I was fortunate to grab a couple of hours of rest. While I thought that I would be able to manage the public transit system, upon entering the airport station it was apparent that MARTA had not trained me well enough. By a stroke of grace, a friend not affiliated with the class who happened to be on the same plane assisted me with finding my train to Delft, as he had been to the country twice before. Upon arrival, I was able to stay with my new Dutch friend, Koos! He is a member of the Dutch Navigators and a friend of a friend of a friend! What a joy when things like this work out. 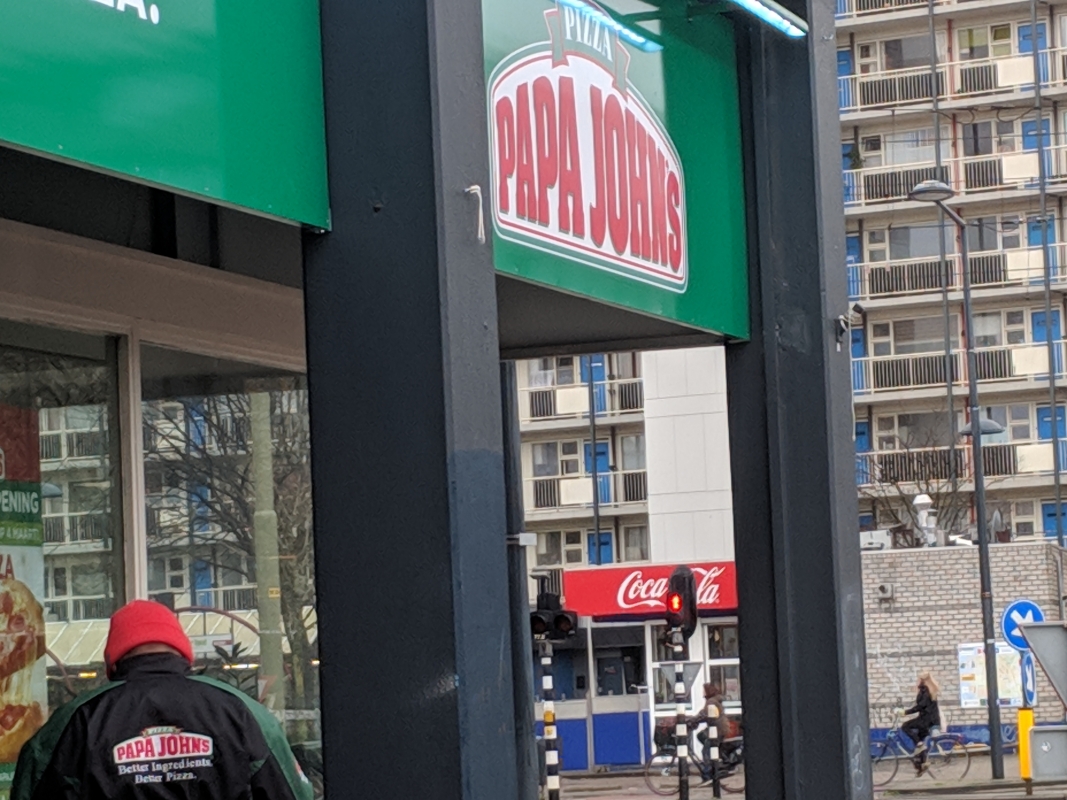 While I could talk extensively about stroopwafles or 14th century churches, the infrastructure is the purpose of this trip and is what we have engaged with the most. Over the past few days, the group walked, biked, and rode transit.

How does design differ from that in America? 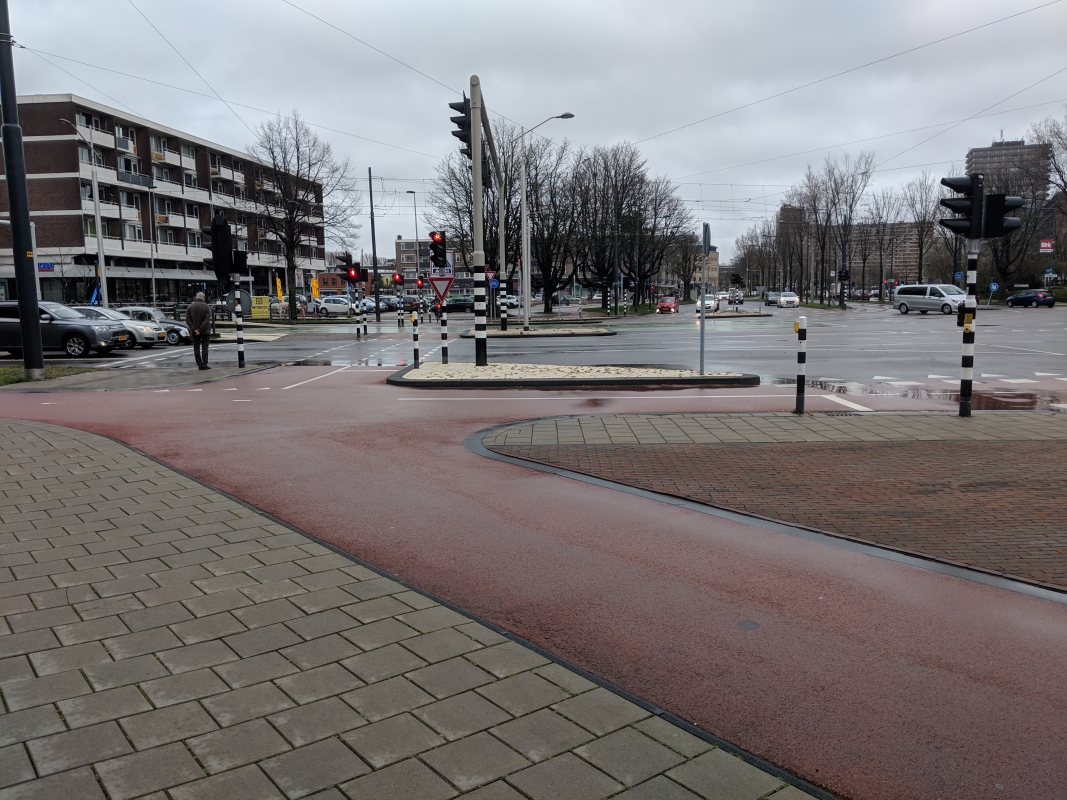 The infrastructure differs from that I have encountered in the states in many ways:

Grade separation is a wonderful concept employed by the Dutch. Raised grade crossings such as the one shown below intuitively indicate that the consistent grade has the right-of-way. This is one of the methods that gave me a sense of safety as I biked in front of cars. 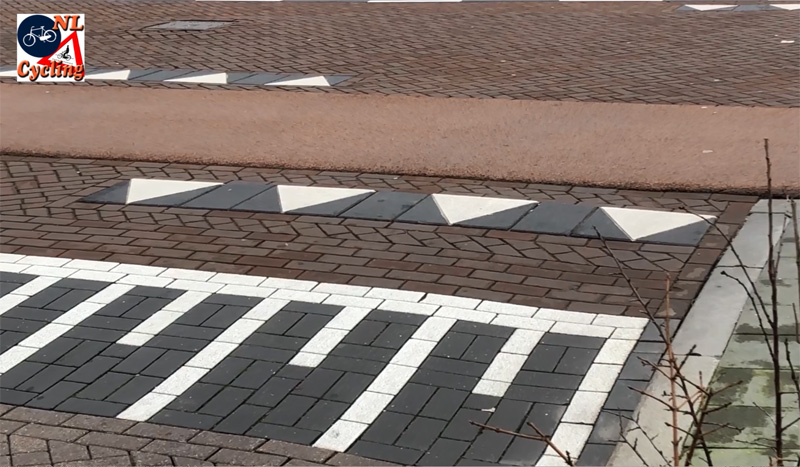 An interesting difference is that the Dutch seemingly compromise other modes for the sake of a strong cycling culture. Car capacity in Delft is reduced, transit ridership is reduced due to the bike’s convenience, and pedestrian facilities are sometimes smaller or have less investment. 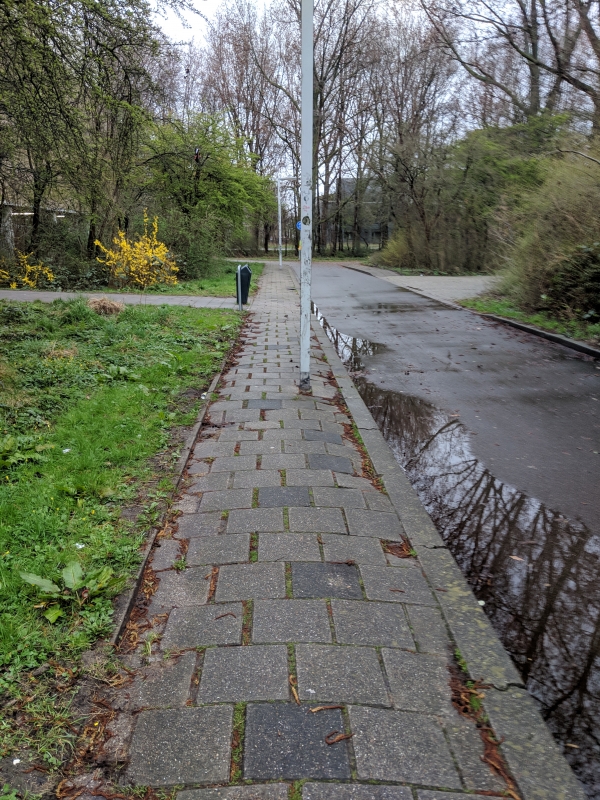 Using intercity trains in tandem with trams, navigating the country has been a breeze with travel from the airport to Delft, to Rotterdam, and beyond.

The picture below touches on the beauty integrated into most Dutch designs. 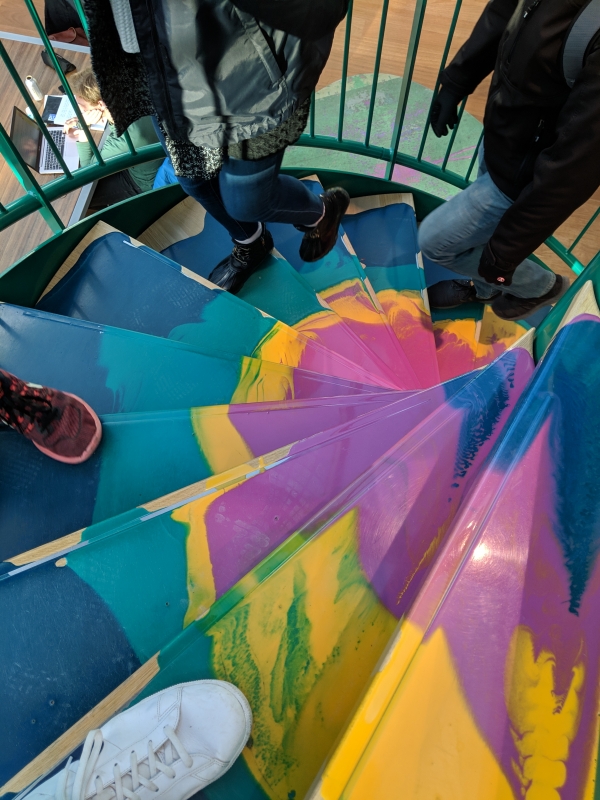 The image is from the Delft library. Inside are books, study spaces, recording studios, and much more. The library functions as a city asset but does so with a flare coming from painted steps, art exhibits, and more. This same drive is integrated into the Dutch transportation infrastructure. Rarely have I looked at an intersection or roadway in the US that caught the eye. They are quite common here, however.

In everything, the Dutch demonstrate an eye for detail and a priority for the bike in all transportation planning and design. Whether cruising on a bike superhighway in the country or safely navigating an intersection with separated bike traffic and bike-centered signal timing, cycling is a mode positioned in the Netherlands to be popular for years to come.