It’s no secret that the Dutch have world-class bike infrastructure and a bike-centric culture, but I didn’t grasp the significance of the difference until spending a couple days here in the Netherlands. Biking is a lifestyle here, and is not only reflected in the infrastructure design, but also the attitudes of car drivers toward cyclists. In Atlanta, car drivers view themselves as superior and that bikers don’t belong in the road, while here in Holland it is almost the opposite. Drivers are quite respectful of bikers. In the biking that we have done in Delft over the past two days, it is actually surprising that the bike mode split is only 40%. We very infrequently interacted with vehicles, and I found it more daunting interacting with the shear volume of cyclists on some portions of our ride.

The Dutch prioritize separation of modes wherever possible, and when it isn’t possible they make it a bikes-first street where vehicles have to share the road. An example of this is shown in Figure 1, which looks like a two-way bike lane, but actually is also a two-way roadway for vehicles as well. Because the right-of-way is so narrow, there are no dedicated car lanes, just a small area on either side with room to maneuver. With parking available, we know that cars use this space. It would have been interesting to see them interact with the bike during a morning or afternoon rush hour. 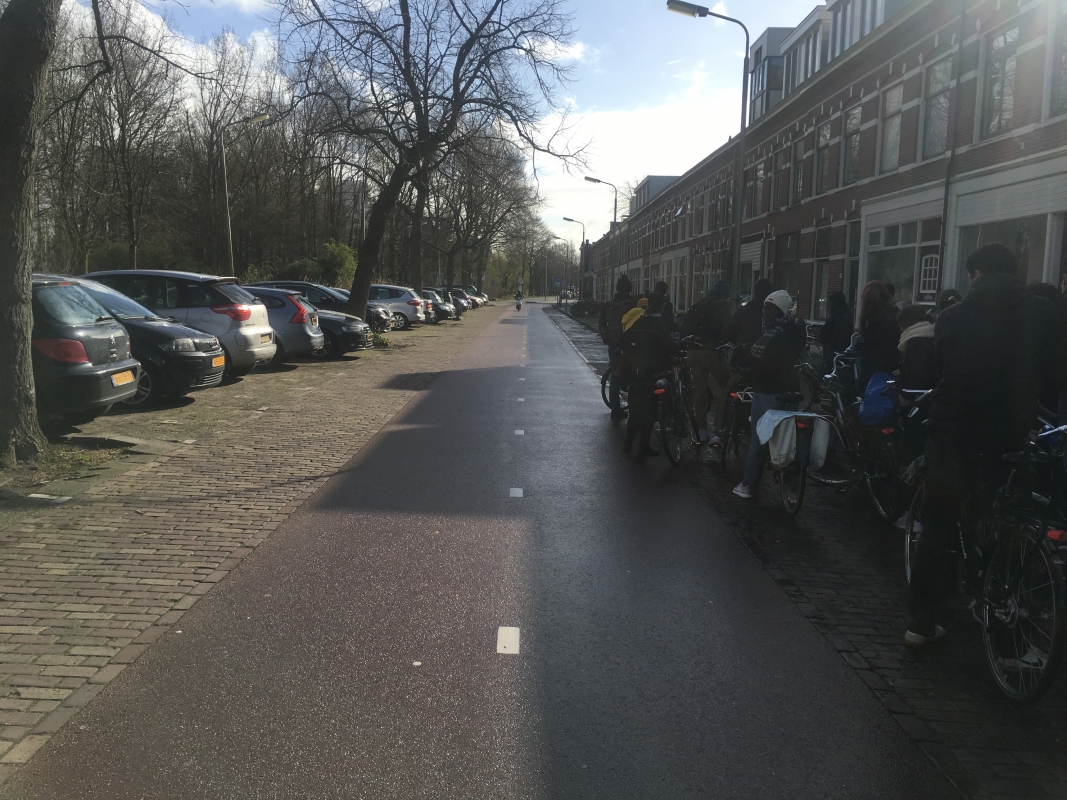 Figure 1: Shared road where vehicles must yield to bicyclists

When bicyclists must interact with vehicles (at intersections), the Dutch work hard to make it as safe and continuous as possible for the riders. We biked through a couple roundabouts today that showed us just how much the United States could improve signalized intersection safety. The Dutch roundabouts (one of which is shown in Figure 2) take extra measure to ensure that vehicle drivers have no reason to be close to bicyclists. There are yield symbols both on poles and on the ground, a crossing refuge on all segments, and even an area for vehicles to wait out of the flow of the roundabout but without intruding on the bike right-of-way. It is no surprise that these types of design have seen an 80% reduction in crashes. 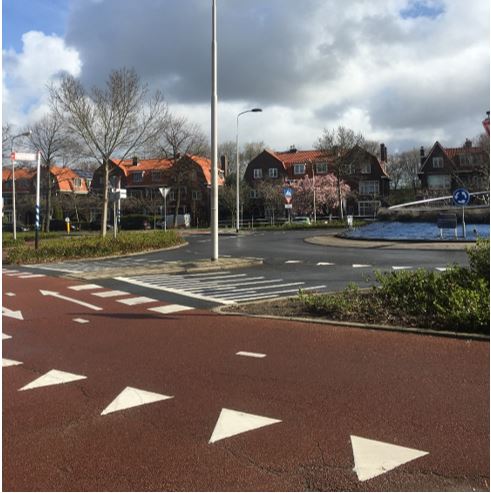 Some of the heavy residential areas have very narrow roadways known as Woonerfs, where the roadway design dictates that cars stay around 6 miles per hour in speed. A typical Dutch Woonerf is shown in Figure 3. In contrast to the United States residential roads, where we usually see over 30-feet of right-of-way and large front yards and setbacks, the Dutch keep everything very dense and tightly packed, including things like on street parking and bulb outs. The homes are also right up on the street, contributing to the perception of vehicles that they need to drive slower. 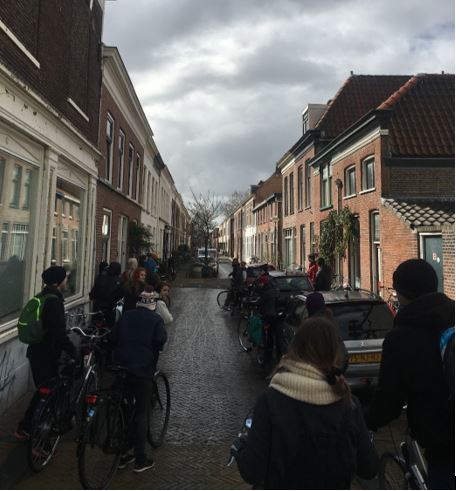 The United States could learn a lot of lessons from the Dutch planners and designers about increasing utilitarian bicycling through design, but like Becky Katz said this morning, it’s not about the grand vision as much as it is about incremental progress toward improvement. The United States transforming bike culture through infrastructure design is the elephant, and we all know how to best eat an elephant…one bite at a time!