To prepare for the Netherlands trip, our class biked 7.2 miles around Atlanta on Friday, February 8, 2019. We took a tour of Atlanta’s bicycle infrastructure and saw a variety of path types and multiple routes connecting Midtown, Piedmont Park, Inman Park, Edgewood, Downtown, and Georgia Tech Campus.

During our ride, we rode first through bike lanes around Tech Campus and 5th Street. Bike lanes are a dedicated lane without protection or divider between cars and bikes. Vehicles turning left, people parking and opening their door, and buses pulling in to drop off passengers were all concerns and points of conflict while using the bike lane. Later during the tour, we also rode on a bike lane on Edgewood Ave. Unlike the bike lane in Midtown, there was more traffic so it was a more stressful section. Whenever a car or truck buzzed by, I became hyper-aware of my surroundings even though I was in a dedicated space.

Riding through residential neighborhood streets was very pleasant because of the slow vehicles, wide streets, and canopy of trees. Bikes didn’t have dedicated lane but I felt very comfortable because we were pretty much the only ones on the road. There were a few rough patches in the pavement but there was plenty of room to maneuver around each pothole.

My favorite portion of the route was riding on the Beltline. The Beltline is a multi-use path that will eventually connect all of Atlanta with 33-miles of trails. There were lots of pedestrians, roller skaters, and other bikers on the path but it was not a stressful environment  because most people on the path were traveling around the same speed. Murals and art along the Beltline make the trail a fun experience and adventure!

We traveled on a two-way cycle track on 10th Street  by Piedmont Park, John Portman , Luckie Street (Figure 1), and the PATH trail (Figure 2). A cycle track is a protected lane which means there is a buffer in between vehicles and bikes. Although tall grasses were visually appealing dividers, they were overgrown and impeded bike visibility.

Throughout the ride, either right off the beltline or downtown, I felt uncomfortable at most intersections. When I was stopped at a light, I felt the hum of cars behind me and could feel their power. It was difficult communicating with cars on which direction I wanted to travel because I was used to turning on a blinker. A lot of the infrastructure ended at the intersection. 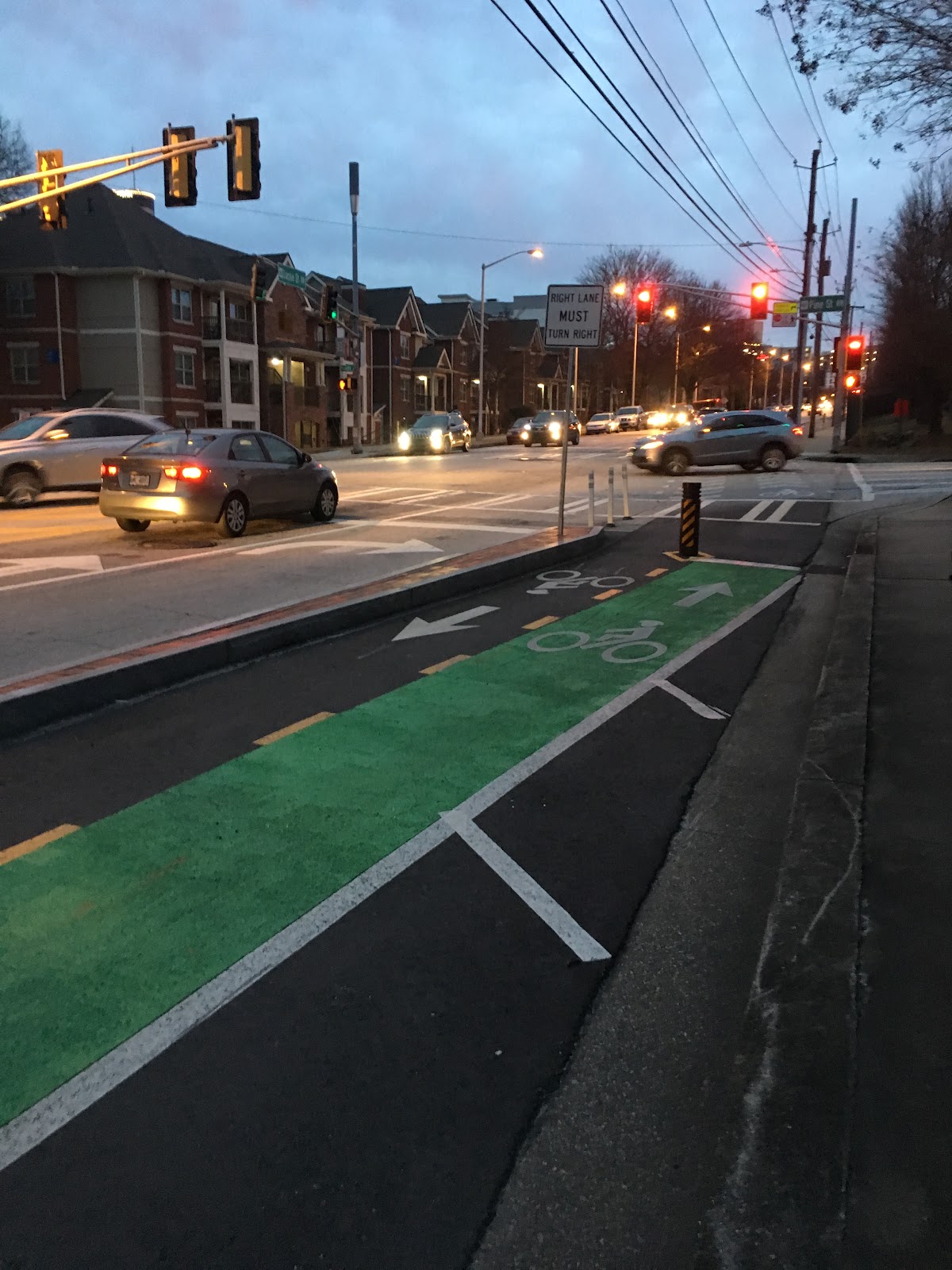 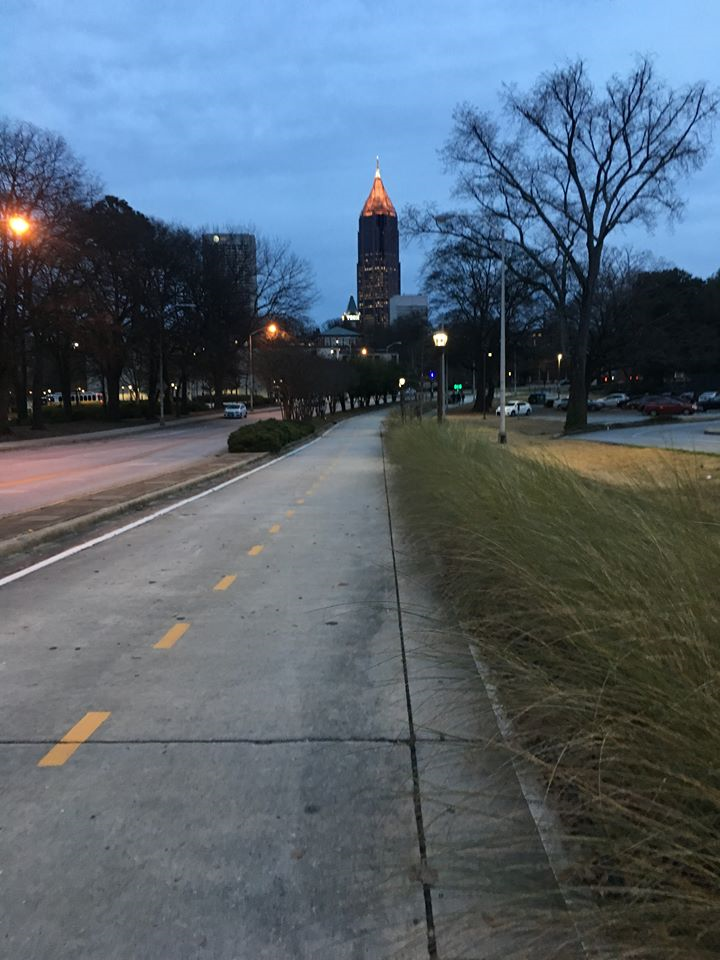 Unlike roads in the US that focus on the movement of vehicles, Dutch roads give the priority to vulnerable bicyclists and pedestrians. Intersections are raised to the level of the bicyclist and vehicles are forced to slow down. Cycling infrastructure and vehicle infrastructure work together to emphasize the importance of bikes; car lanes are narrow and slow to protect cyclists. Cycling is a way of life for all people, young and old, in the Netherlands. A fancy bike, latex clothing, and helmet is not norm in the Netherland; a bike, not a set of car keys, is freedom to the dutch.

The Dutch built their cycle paths in response to the oil crisis, economic crisis, car-related deaths, and large traffic volumes in a limited space. The US faced many of these same issues during the 70s. Instead of banning cars from city centers, US cities cut themselves in half with freeways. The US chose the car, instead of the bike, to connect its wide-open spaces. Today, cycling infrastructure in the US is developed piecemeal, one bike lane at a time, with disappearing lanes and scary intersections.

Another key takeaway from the Atlanta bike tour was an improved sense of spatial awareness. Although I have biked between midtown and campus for my commute, most of my recreational travel has been in a car (and the occasional scooter). Before the bike tour, my mind compartmentalized neighborhoods and I didn’t realize that many were close and well connected. Some of my favorite spots on Edgewood Avenue (Chrome Yellow Coffee and Our Lady of Lourdes) are an easy bike ride from my house!