Spending the past week in the Netherlands has been an absolute pleasure, and we have been fortunate to see a vast variety of infrastructure and design methods that define the uniqueness of “the Dutch way”. We cycled through both the countryside of the Randstad region and bustling cities like Amsterdam, biked across historical towns like Delft and newly incorporated towns like Ypenburg, explored bicycle-planned communities like Houten and bicycle-integrated cities like The Hague, and rode on both large intercity trains and small interdistrict trams. 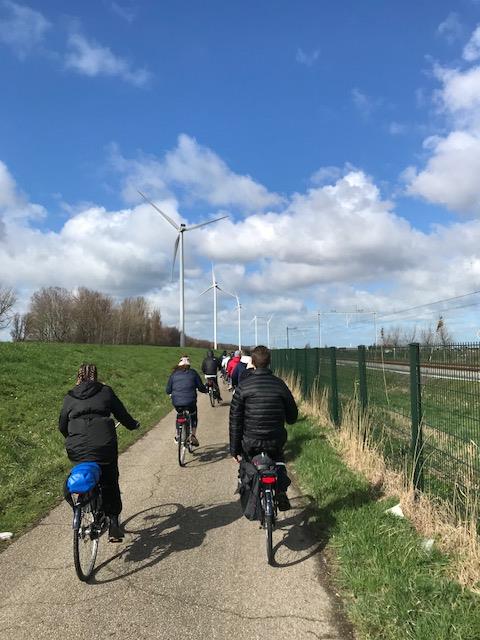 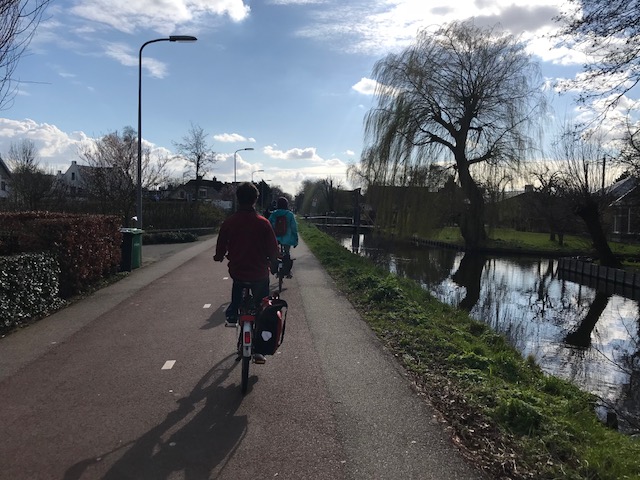 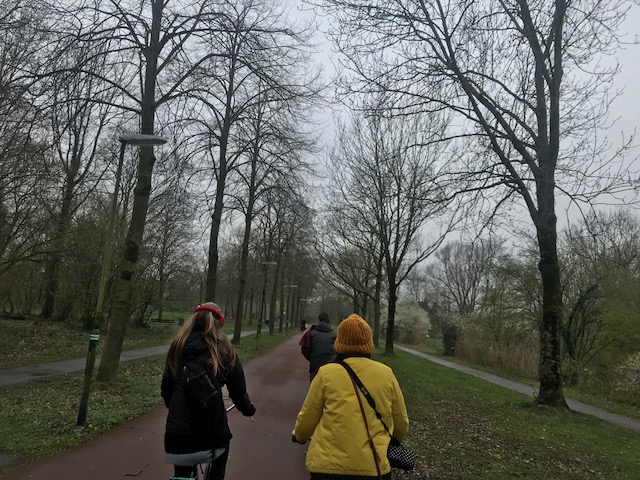 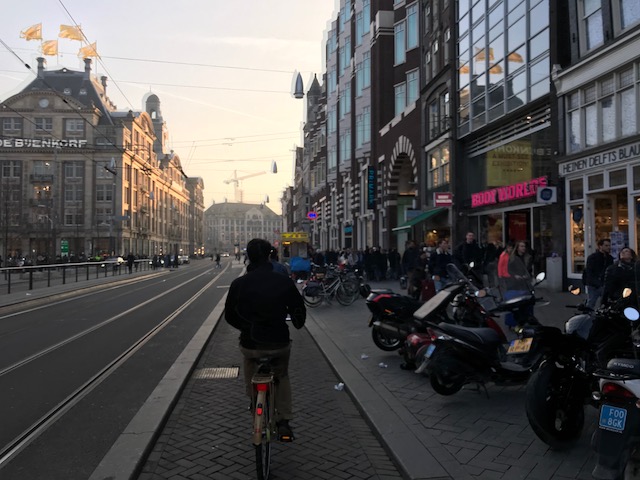 Design Difference Compared to the US

As discussed in earlier blogs regarding design planning, the key design difference in the Dutch method is the separation of bicycling facilities from roadway facilities, as opposed to the US approach of integration of the two modes. Separation allows for less instances of interactions with automobiles, which increase the potential for harm. Separate bicycle paths and cycle tracks were commonplace across the country, but in locations where they were not applicable, a shared roadway approach, with priority to the cyclist, was instead integrated. I can imagine how more comfortable I would feel on these shared roadways in the United States, but unfortunately cars very much control the streets of Atlanta.

In addition to separation, the much of the cycling network revolves around location and proximity to transit stations. Despite what many people may think, the Dutch do not view the bicycle as the ultimate key to every single trip and journey – it is instead a link on a multimodal chain of transportation methods. The train, tram, and metro are equally important to the Dutch (especially in travelling farther distances), so a seamless integration between modes makes the journey just as easy. In all locations at the trip, we were able to roll right in to a bike parking station that was connected to a larger train station, making switching between modes so easy. I think that if the US treated cycling as more of a link on a chain as opposed to its own thing, there would be more success in our ability to integrate the methods

Due to the Netherlands’ location, as well as a low sea level in the majority of the country, the Dutch are highly influenced by what they can do to leave the smallest environmental footprint as possible; even a sea level rise of a few meters would put almost 80% of their country underwater. From an environmental standpoint, bicycling is much more sustainable, as it has lower levels of pollution, higher instances of safety, and more community-oriented and inclusive results. For the Dutch, bicycle design is less of a choice and more of a necessity to maintain their diverse cultural history and characteristics.

In a cyclical nature, the design of cycling facilities has also influenced the culture and mannerisms of the Dutch people. For one, the design has caused the Dutch vehicle driver to be massively different than American culture. While American drivers are often characterized as stressed, aggressive, angry, and selfish, Dutch drivers act in quite the opposite way, being aware, accommodating, focused, and not distracted; this stems from a fundamental and universal understanding of the infrastructure and user characteristics on it. I experienced this firsthand in many instances, where Dutch drivers yielded to me, waited to pass me, and acknowledged my importance as a legitimate user.

Beyond just driver characteristics, the actual design and layout of many Dutch cultural landmarks have even been influenced by design. The famous Rijksmuseum in Amsterdam has even added a bicycle path through the actual museum due to the large percentage of bicycle traffic located in the area. 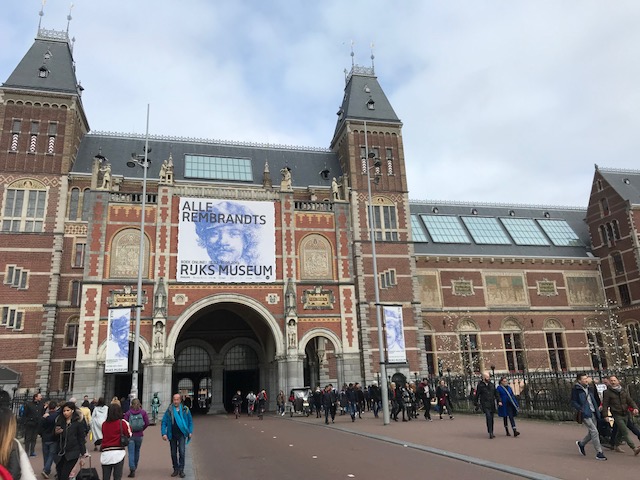 Once again, so glad I was able to participate on the Dutch Transport trip – the lessons I learned will follow me throughout my future career in transportation and planning. 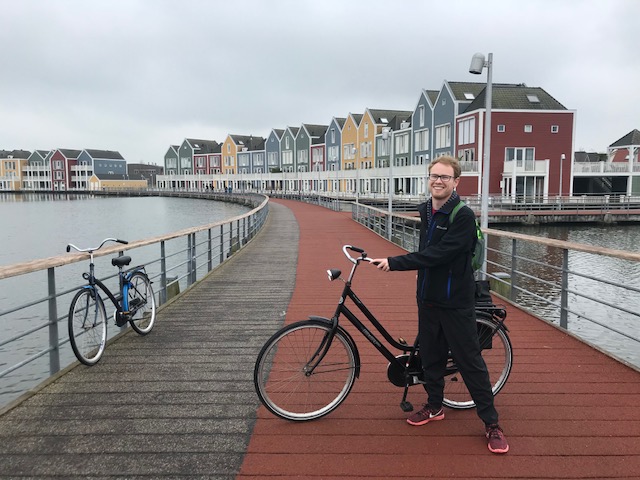