After traveling a week in the Netherlands, stepping off MARTA from the airport felt like a shock to my system. I walked from the station into a concrete and bike-less street. It felt a little empty. Compared to many parts of the Netherlands, my walk through the heart of Midtown was eerily quiet. Without proper bike and pedestrian infrastructure, streets don’t feel like shared social spaces and become dominated by cars (and fallen scooters). Before biking around on this trip, I didn’t realize how much I walked and how much time biking could save me. Trips around Delft, similar in lengths to my current campus trek, were much more manageable and fun because of bikes.

The Netherlands is consistently ranked as one of the happiest countries in the world. After traveling around the Netherlands for a week, I understand why; Dutch infrastructure is designed to make people happy. I truly felt peak bliss biking next to friends, strangers, and canals. Their infrastructure made my mood even happier. (The cheese and flowers of the Netherlands were pretty nice too … )

As more people bike, there becomes a greater need for more biking infrastructure. This positive loop creates quality bike infrastructure that is safe, efficient and gives people for the priority. It is common in Dutch culture to bike regardless of age, gender, and activity because their design is built for all types of people. A child grows up biking to school in the Netherlands because they can travel on a safe route and their friends are biking. Bike culture and infrastructure reinforce each other.

Bike design in the US is often an afterthought. The first priority is often moving vehicles to reduce congestion and safety concern. Even I was in this camp! I have written traffic impact reports and right before I turn it in, I quickly write a blurb about bikes. In the Netherlands, roadway design prioritizes people, not cars. When people are the priority, transportation becomes safe, efficient, and enjoyable. Transportation systems are not thought of as a corridor but a network to facilitate movements.

One of my favorite podcasts is “99% Invisible” (99PI). At 99PI, their goal is to “expose the overlooked aspects of design, architecture, and activity in the world” because "Ninety-nine percent of who you are is invisible and untouchable”. Because of this podcast, I always thought that most people overlook design. After having my eyes opened to the awesome bike infrastructure of the Netherlands, I realized that I was a blind designer. My eyes weren’t open fully to the importance of bike infrastructure design. I can’t wait to explore the rest of the world with my eye now open to quality roadway design. 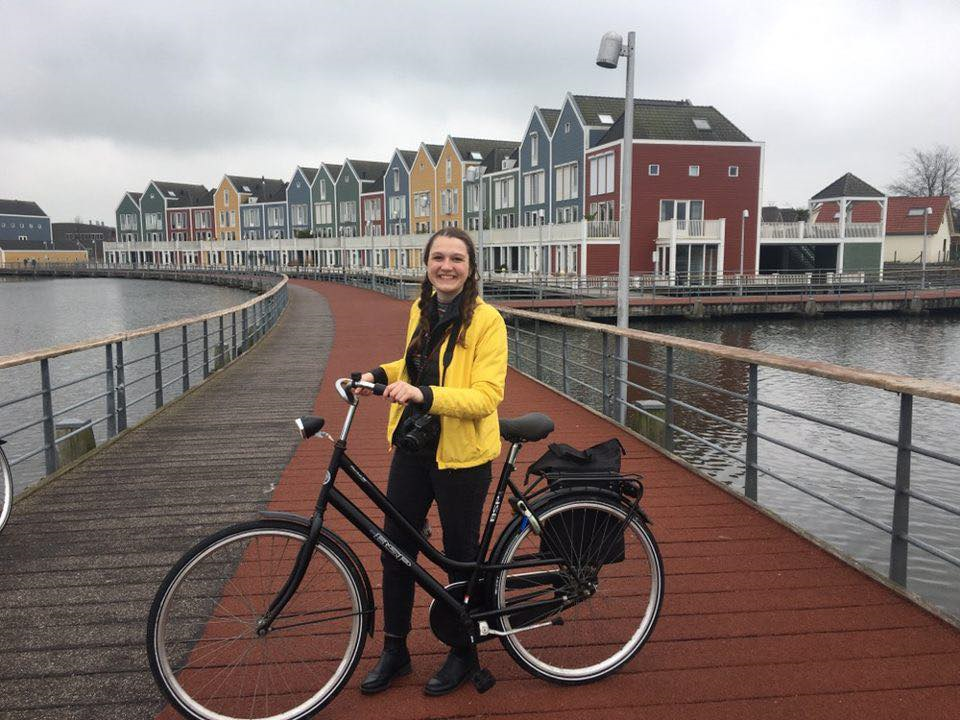