Back to the States

Wow, what a trip. Before I dive into transportation theory and the ins-and-outs of Dutch biking design, I will mention that the trip was extraordinarily enjoyable. I must give the Dutch credit for their wonderful hospitality. Whether confused and lost at a transit station or burning with questions concerning design, I experienced nothing but kindness from those confronted with a clueless outsider. While I am no longer in the Netherlands, I brought back a box of De Ruijter chocolate sprinkles and have been eating like a king. Beyond that edible reminder and my extreme drowsiness after the early hour of 10 pm, the trip to the Netherlands provided endless new ways to think about transportation to my American mind. From useful public transportation to incredible networks of bicycle infrastructure, I encountered a country very different from my own.

In previous posts, I covered Dutch public transit – a system of trains and the like that provide ease of access over moderate to large distances – and the city of Houten. Experiences with transportation in the Netherlands were quite different than that which I was accustomed to, especially concerning cycling infrastructure and culture.

While one could talk all day about the roundabouts with separated bike traffic, or the grade separated bike paths, a key factor to Dutch design stood out to me. In almost everything, the bike was prioritized, seen as the top of the food chain. Car infrastructure and even pedestrian facilities often took back seat to the bike, a mode wholeheartedly embraced by the Dutch. This could be seen in Houten, where the cars are intentionally hamstrung with the ring road. While this compromised the efficiency of the car, cycling flourished in the vacuum. In the United States, many are willing to provide accommodations for the bike when convenient. The bike is relegated to an accessory, a fun little machine that is only feasible for a select few. Discussions surrounding bike infrastructure are dominated by talk concerning the reduced capacity for cars. Comparing the two countries, prioritization for the bike could not be more different. As a result, design for the bike differs drastically.

What has Dutch Culture Done to the Streets?

The infrastructure in the Netherlands strikes me as uniquely Dutch. Arriving in the Netherlands, the desire for beauty is immediately apparent. From the tulips to the Dutch Masters, the Dutch enjoy things that are pleasing to the eye. This quality extends to their transportation infrastructure. Never had I witnessed intersections so meticulously designed that they resembled art. Potted plants were used for traffic calming while public transit stations were known to contain archeological exhibits. 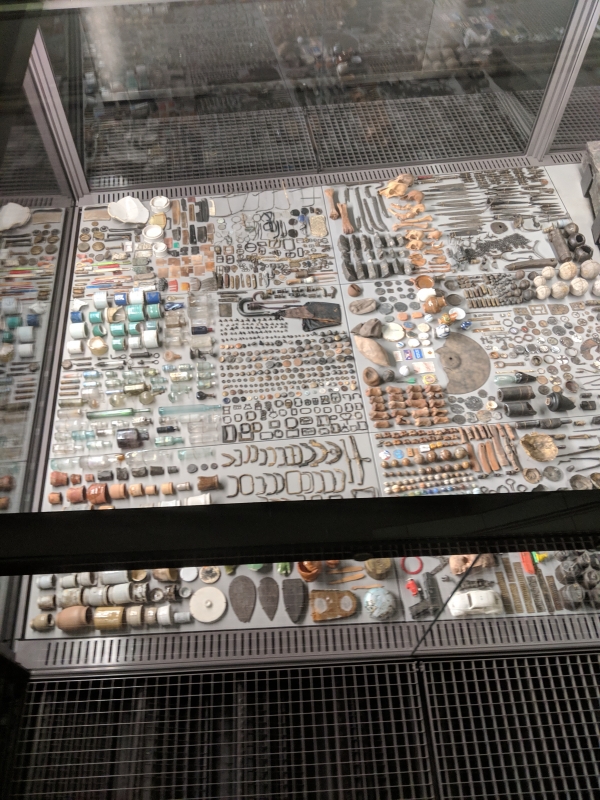 On the bike tour of Delft, Dr. Jan Termorshuizen told me that “bike design in the Netherlands is an art”. Dutch culture drives the infrastructure to be beautiful and intuitive, all the while serving its purpose very well. This contrasts with the typical American approach where the numbers game leads to compromise and a check-box approach.

What has the Bike Done to Dutch Culture? 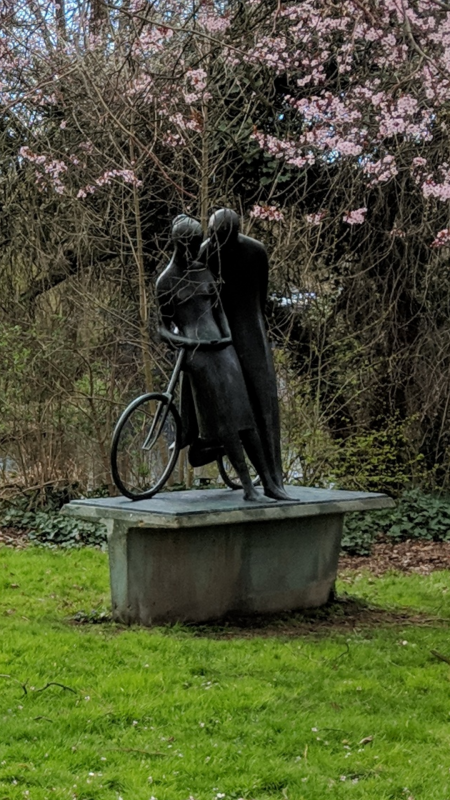 Because of this love, the Dutch are willing to remove barriers that could prevent its use and to create systems reliant on the mode. This first aspect is seen in Houten, where the bike drove the planning of the entire city at the expense of the car. Amsterdam demonstrates the second, where the government is pursuing a “car-lite” policy to restrict motor traffic in the city. Without reliance on and trust in the bike, this would not be possible to implement.

With that, I finish some of the thoughts and insight prompted by the trip. I would like to thank those that make this possible, from the TAs Dave and April, to the professor Dr. Watkins, to the Dutch who went above and beyond in their tours and talks. Additionally, I would like to thank the Mundy family for sponsoring the program. The funding opened the door for me and many others to have an international experience that will surely impact a career in civil engineering and beyond.

May your pedals be swift!