After spending a week as inquisitive visitors, eager to learn about and explore impressive Dutch infrastructure, I have a newfound appreciation for all the details and design elements that the Netherlands offer. Needless to say, coming home to Atlanta has provided a stark contrast. Each day abroad offered something new.

The United States prioritizes cars when designing transportation routes, and gives cyclists and those desiring public transit a backseat. In Atlanta, bikes are allowed to traverse the streets but the infrastructure does nothing but discourage this practice; tight lanes, fast design speeds, and the lack of separation for safety all prevent the average cyclist (me) from hopping on a bicycle. In the Netherlands, separation for pedestrians, cyclists, and vehicles allows for each modal user to feel comfortable in their own space. Low design speeds, smooth surfaces, easy way-finding, and traffic calming design techniques contribute to the Dutch cycling enthusiasm. Their designs also combine transit and biking facilities, which, upon returning home, I have determined to be one of the most critical ways that the United States must improve. Not everyone is capable of cycling 20 miles to work. The Dutch know that, and offer their population the realistic option of biking 5 miles to the train station, parking their bike at a covered facility, and enjoying a relaxing, prompt, 15-minute tram or train ride.

How has their Culture influenced their Design?

In addition to design, the Dutch culture supports the overwhelming interest in cycling. It all comes down to the history of how the Dutch built the infrastructure they now have. With motor vehicle accidents causing deaths to skyrocket, especially in children, the Dutch became strong proponents of putting an end to the car-centric attitude that once shaped their planning policies. The Dutch also value sustainability and believe that cycling is one way to promote joy and a healthy lifestyle. That said, most do not think biking should be considered a serious sport that requires equipment and heavy gear. Dutch culture represents a desire to cycle casually and practically, and the design reflects that in providing separation and pathways that connect points of interest and necessity.

Okay, so how does their Design influence their Culture?

The Dutch design – separation and protection for cyclists – allows for people to not really consider themselves cyclists, but rather people using bikes to practically get from one place to the next. Since deciding to bike to work does not present itself with a long list of cons as it would in the States, biking can be perceived as it should be: a safe, relaxing, practical way to get around.  Certain designs, such as the situation in Houten, go even further to create strong communities of people that really can bike to most places they need to visit. The Dutch cycle tracks and fietstraats allow for a relaxed, friendly culture, one in which people can easily cycle two abreast and chat casually.

Thank you to all the professionals, my classmates, Dr. Watkins, April, and Dave for this unique opportunity to learn so much! 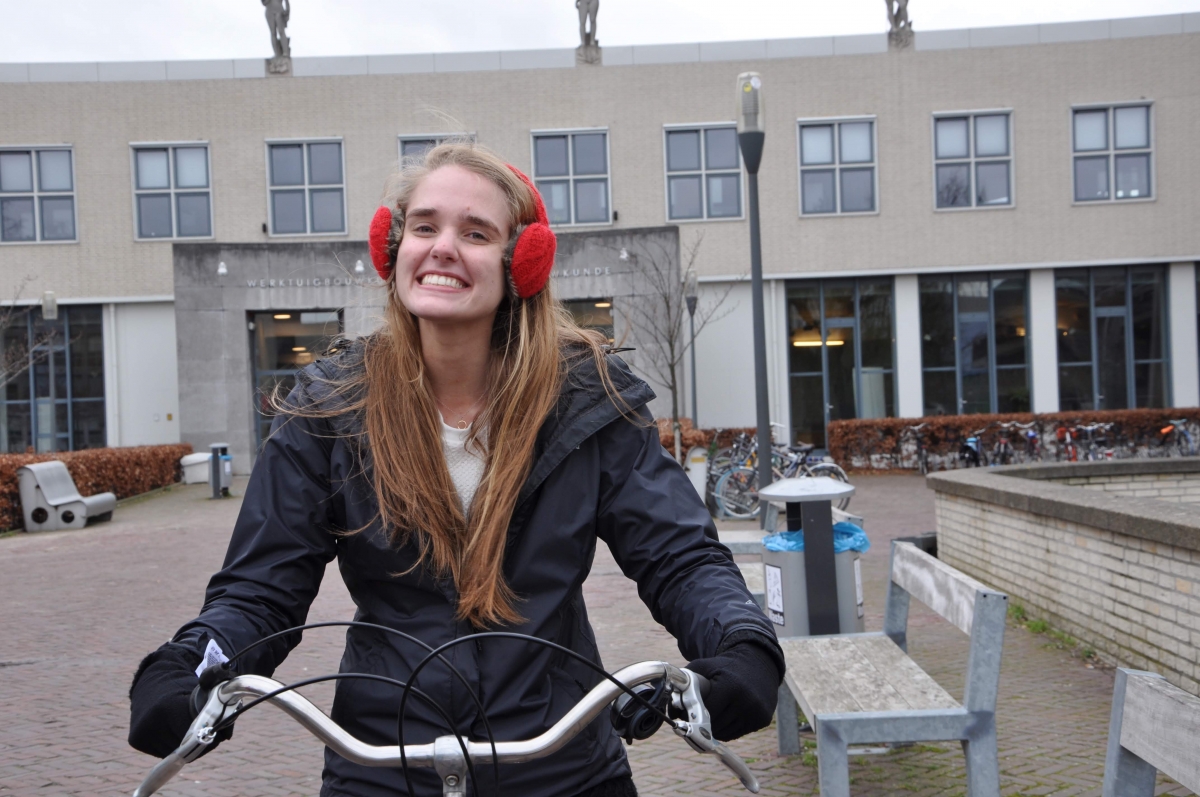