From what I have gained so far, the Dutch will do almost anything, if not everything, for cyclists. The integration of bikes and transit seems like a piece of cake to them. Basically, one cannot think of transit in the Netherlands without thinking of bikes. The two main ways that the Dutch integrate transit and bikes is by allowing bicycles on trains and by having bike parking at train stations. Train stations have bike shops and bike parking where one can rent a bike, fix bike malfunctions, or even park their bike. Figure 1 and figure 2 below show the world’s largest bike parking with a full capacity of 12,500 parking places found in Utrecht. 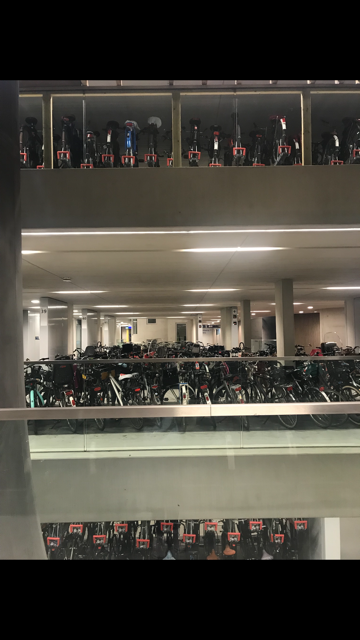 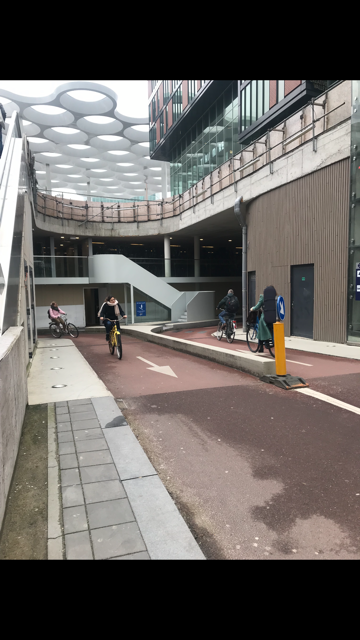 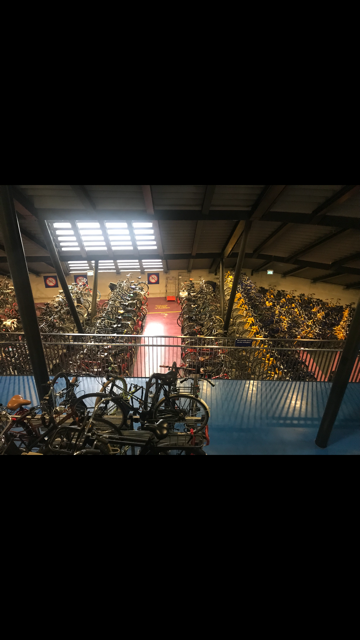 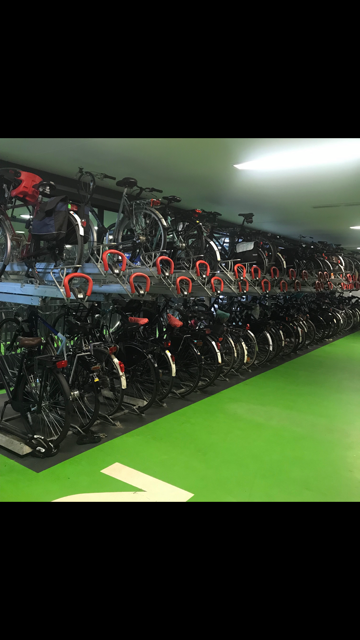 The bike parking are convenient for cyclists in multiple ways. First, there are no stairs inside the facilities where cyclists bike, maybe one step to prohibit biking in dangerous locations such as entrances. The absence of stairs and presence of ramps make it easy for cyclists to navigate the bike parks. Additionally, narrow pathways, turns, and curves slow down cyclists which prevents speeding and, in turn, accidents from occurring.

So, how come the Dutch are so invested in biking? How come they can have a bike parking facility with 12,500 bike parking spaces? Well, that is because the Dutch practice utilitarian cycling. They are able to do this because of the safety factors that have been put in place. If it was not safe to cycle, then the cycling rate would not be as high. If the cycling rate was not as high, then I do not think that the government would push for bike infrastructure as much. The Dutch measure transit performance using speed and reliability. For bikes, speed includes how long it takes a cyclist to get from point A to point B using the shortest distance possible. In addition to this, for public transit, it also includes dwell time. Speed decreases as operational time increases. Operational time may increase due to numerous factors such as dwell time, and inefficient use of vehicles and driving staff. Dwell time increases due to ticketing on the trams. For both cyclists and public transit, speed and reliability can be increased by redesigning streets, placing priority traffic signals, and canceling stops and transfers for buses, trams, trains, and the metro. By minimizing the wait time, transit has been made more reliable and responsive to create the safest and most efficient plan possible.