How do the Dutch integrate transit & bikes? How easy is it to park your bike & board a train?  What design elements influence the transition? Can bikes be brought on board? How do the Dutch measure transit performance?  How have they made transit reliable and responsive?

In Dutch cities, bike infrastructure is incorporated into transit planning. Cycling is seen as a connector between public transportation networks and therefore must be integrated into transit infrastructure. The foremost example is the bike parking at train stations. In every city we visited, we have seen huge bike parking facilities with thousands of bicycles. Making bike parking accessible is an integral component of their transportation design, encouraging people to bike to the station and take the train instead of driving. Not only are there thousands of free spaces, but there are systems in place to help cyclists find available spots. In Utrecht, for example, they tracked how many spots were open per row and displayed that number on a screen at the beginning of each row. We've also seen stations with elevators large enough for multiple bikes, or bike-friendly ramp escalators. 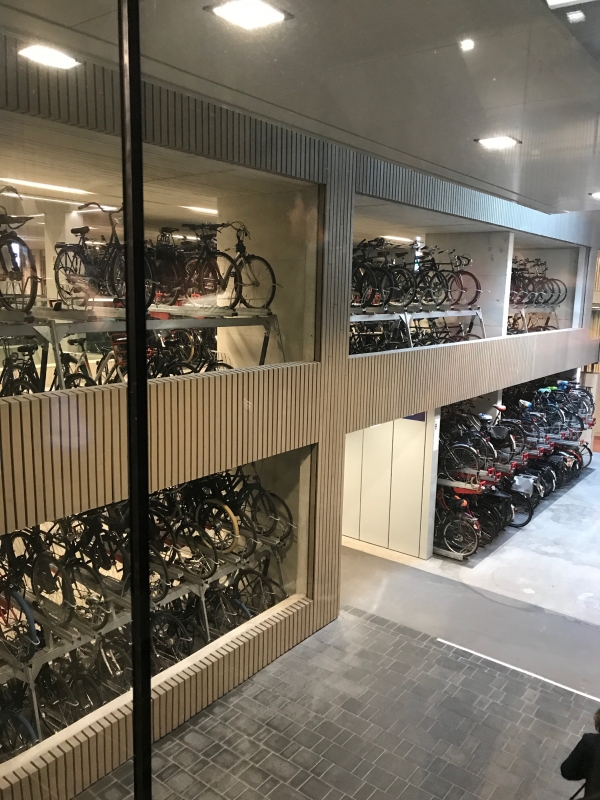 Another aspect of transit and bike integration is for when riders need to take their bikes with them. This is usually doable as there is a designated area for bikes on many of the trains and trams.  The exception, however, is if the trains or trams are in peak hours. During these high ridership hours, bikes aren't allowed, even in the compartments that are meant for bikes. The experience of taking your bike on the train/tram really varies with how full it is. If there are many people, it can be stressful trying to find a space for your bike and getting it on and off in time. However, people are accommodating and once your bike is settled, it's quite easy. 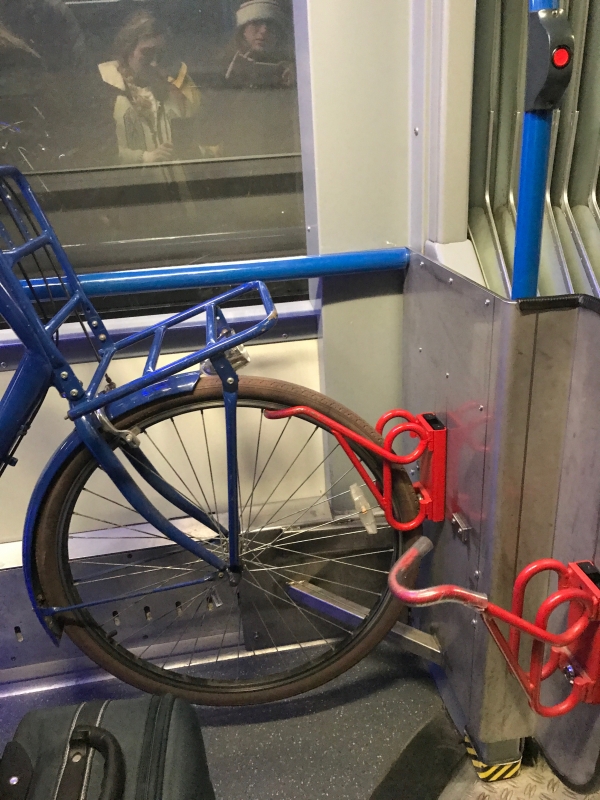 A Bike Spot on a Tram

It is clear a lot of thought and planning went into transportation planning in Dutch cities. They consider all relevant factors when trying to improve a certain aspect of transportation, making it more efficient and accessible. In order to understand the effects of these extensive efforts, they need methods of measuring transit performance. Some parameters they use are tracking the share of trips taken by each mode of transportation. The overall goal is to decrease the percentage of trips taken by car, so if this number is decreasing, it could mean that the city has taken successful measures in public transportation and cycling infrastructure. Some successful examples we have learned about on this trip include redesigning corridors to be safer for cyclists and connecting transit networks and cycling networks, not to mention timely and well-connected train and tram lines. Additionally, planners actively solicit public feedback and try to work with the surrounding community to address their concerns and meet their needs. In doing this, planners are addressing all aspects of sustainability and are succeeding in making their cities more livable. 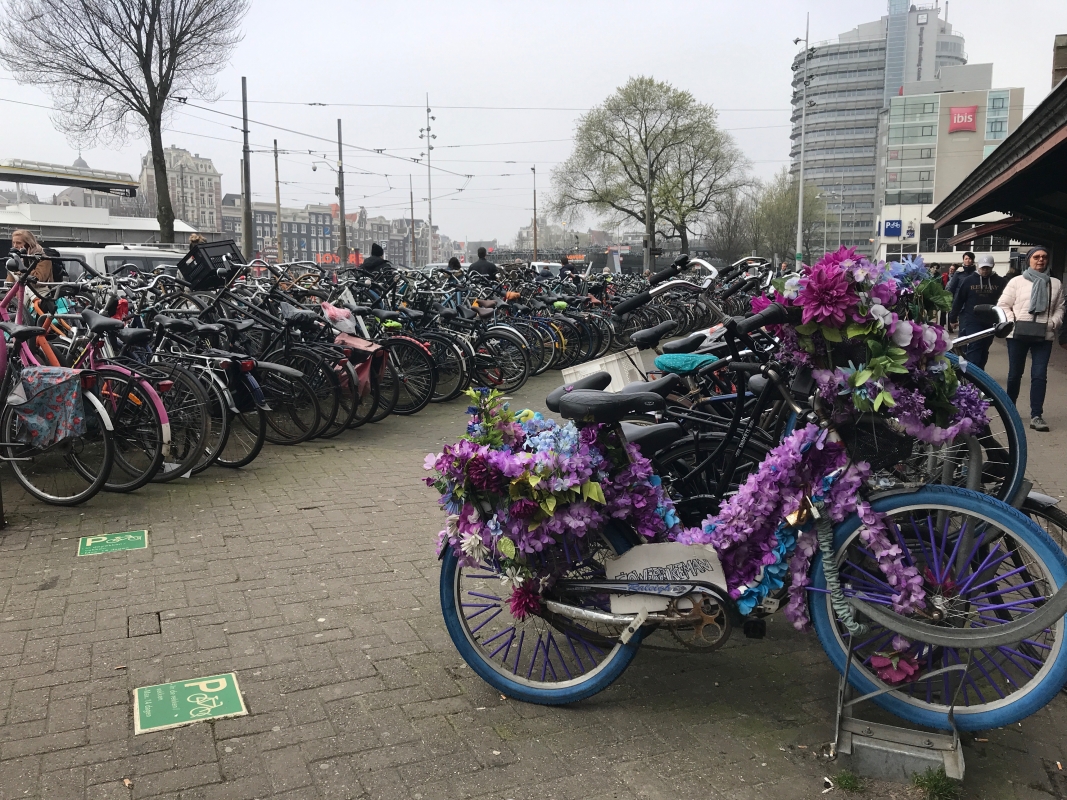