Houten, a city in the Netherlands, has a unique approach to transportation – even for a Dutch city. On Wednesday, the class rode a train out to the city, arriving around 10:30 am. Andre Botermans, a Houten City Planner and International Cycling Ambassador, gave the group a lecture providing background and information on the city. 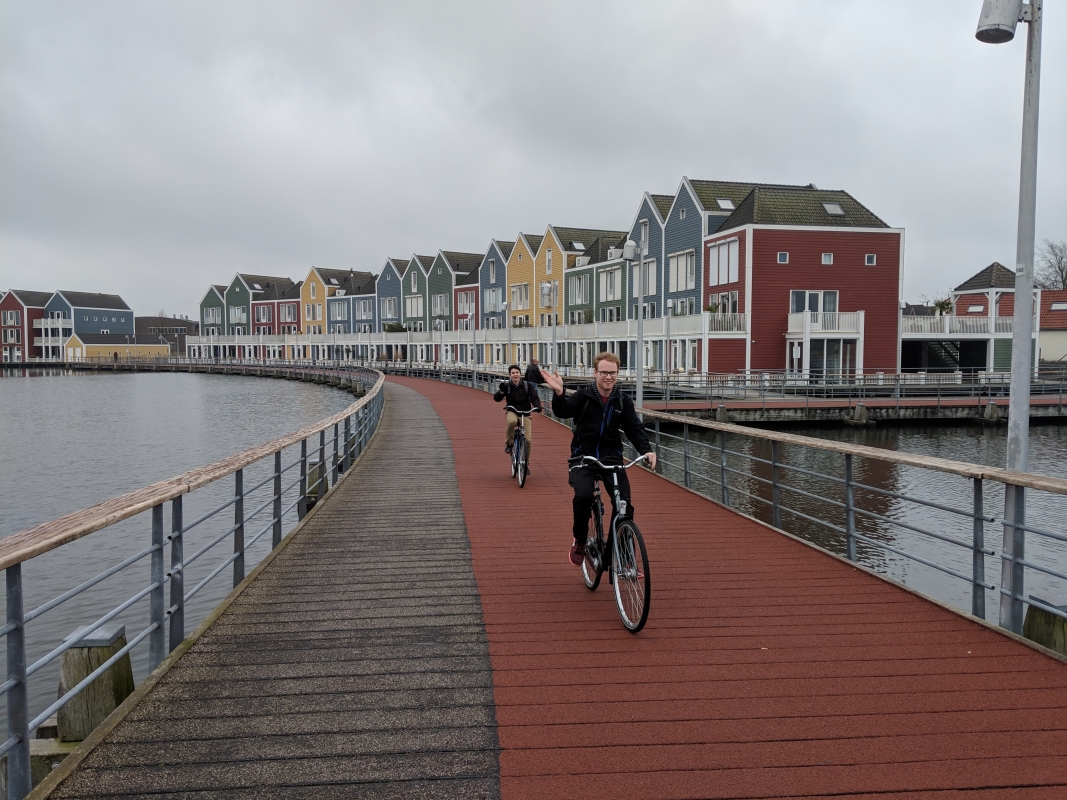 With roots as a small village of about 3,000, it was not until the 1960s that planners began to envision a city with 100,000 residents. At the time, the Netherlands were experiencing rapid population growth and needed more capacity. Houten seemed like a logical choice due to its proximity to the growing city of Utrecht. The residents, however, did not want such a rapid expansion, leading to a design size of 25,000 – a compromise down from the initial 100,000. With the size settled, planners designed a city that would prioritize non-motorized users such as bikes and pedestrians as much as possible. The pinnacle of this design came down to one aspect: the ring road. 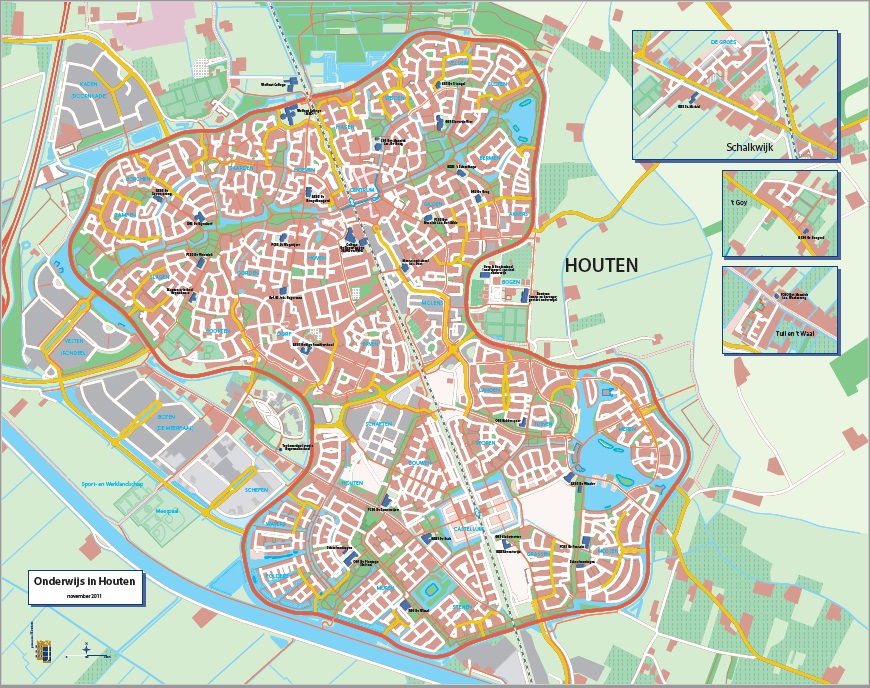 The ring road is the red line surrounding the developed portion of the city. On the road, cars can travel around 60 km/hr. This ring road is different from others found in cities, however, as it is the only road available for cars to navigate through the city. Cars may travel around the city and progress inwards to an extent, but no routes are available for cars that pass through the city. In contrast, there is an extensive network of bike path allowing direct routes for bikes. The impact of this design can be seen in the comparison below.

As seen above, often a trip is faster by bike than by car. In addition, small details encourage walking and biking – such as parking placed a short walk from residences. Greenways provide beautiful routes for cyclists and pedestrians. The bike infrastructure is impressive, as shown in the grade separated roundabout that the group was able to visit. 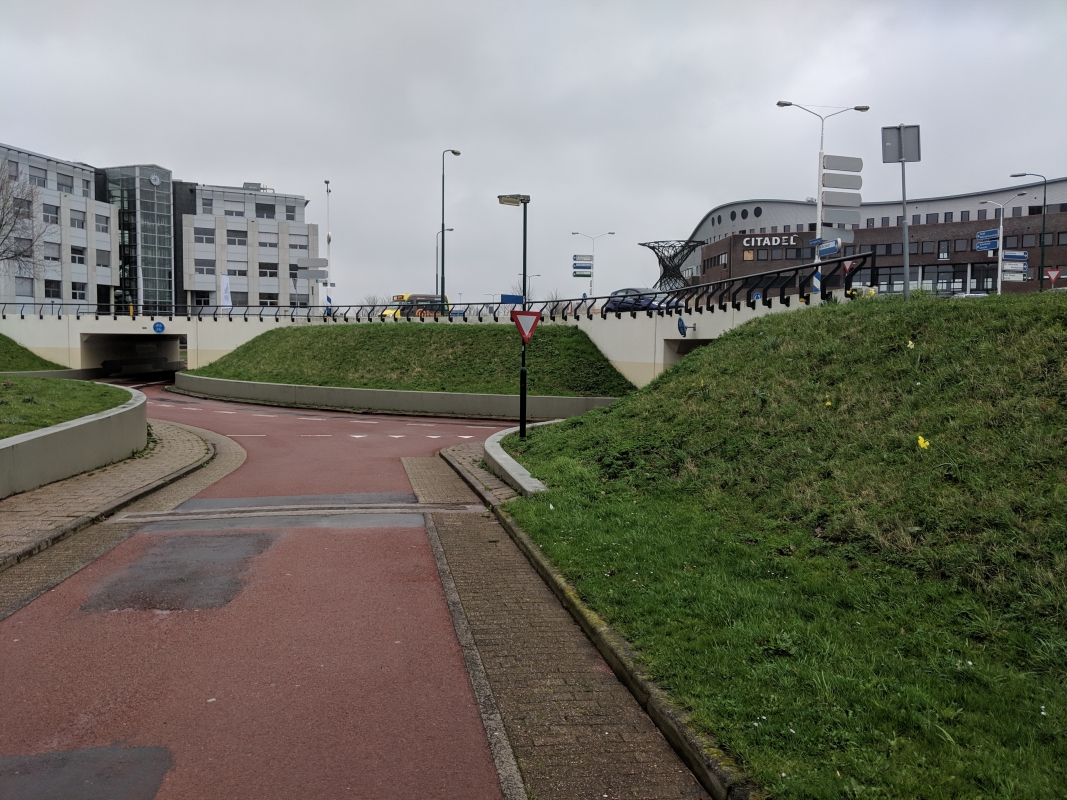 Could a Houten ever occur in the United States?

Houten is an interesting Dutch city to study due to its extreme priority for bike usage. When talking, Andre Botermans remarked that even other Dutch city planners have a hard time envisioning their own town with a similar plan. If it is hard for the Dutch to envision the scalability of Houten, then it is certainly hard for me to envision a similar plan in the United States. Certain barriers, such as public-opinion-driven spending threaten funding for a project centered on a mode used by a small minority in the States. Communities such as Peachtree City and Serenbe indicate that communities centered on vehicles other than cars as well as communities heavily planned can and do exist in the United States. Can Houten ever be the rule as opposed to the exception? This I doubt due to the niche nature of such a heavily planned and bike-centric community. With that being said, Houten is a concept that can be derived and applied in a variety of contexts and provides a valuable case-study.