Houten offered a new picture compared to what we saw in Delft. For the past few days, we have been able to navigate our way around the historic Delft and interact with varying infrastructure that provides a seamless way around town. In Houten, a city in Utrecht curated to be a “liveable city,” was designed with a very specific image in mind. As Andre Botermans said, Houten is intended to not just be a cycling city, but a city where people can walk and cycle easily, and children can play. Cars simply do not fit into that formulation. To compromise and service those that work and frequently travel outside the city, there are ring roads around the city that allow for vehicular traffic flow around the perimeter. Within the city, bike routes come in all forms: quaint paths, wide paved streets, and tunnels all provide safe connections between points of interests and neighborhoods. One unique feature that attests to Houten’s commitment to safety is a two level roundabout that separates cars and bikes entirely, pictured in Figure 1 below. 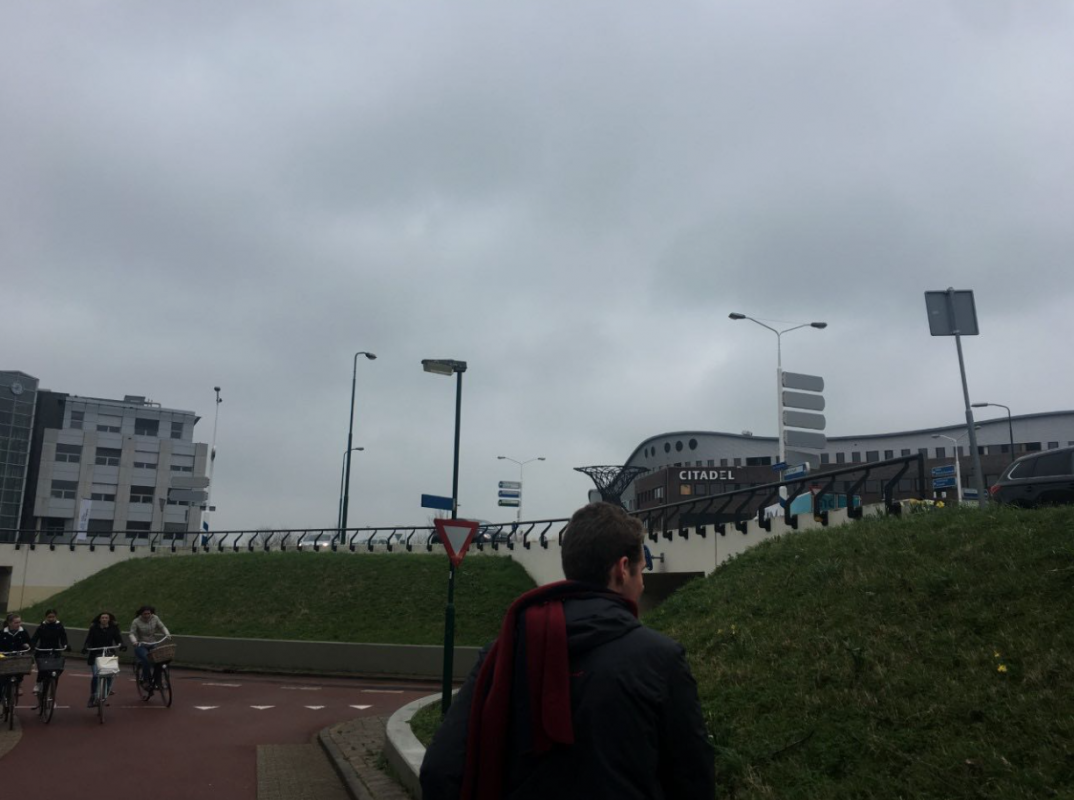 The approach Houten takes requires a wholehearted pledge to the community that cycling is prioritized, and in turn the public responds by trusting the infrastructure; this includes letting their children bike to and from school alone, fully utilizing the paths, and limiting personal car usage.

Today, we were let loose to bike around this bicyclist’s paradise and find out for ourselves what paths to blaze, and determine whether or not this type of city could exist in the United States. We started out uncertain of destinations we wanted to see, but quickly found that as long as we stayed within the ring road’s confines, we were bound to see some interesting design features. Besides passing through the old village and the city center, most of the sights seen included residential districts and schools, connected by well-maintained, wide paths. Older folks were seen walking around leisurely, kids biked to school, and, to our surprise, a fair amount of cars snuck up behind us and kept us on our toes, which we did not expect to encounter. We passed through a set of “rainbow” houses, pictured in Figure 2, unique playgrounds, and well-designed park areas that led me to really understand just how planned out this town was and still is. Truthfully, the uniformity was very strange, and I felt because of the homogeneity and perfection the city boasts, some character was lacking. 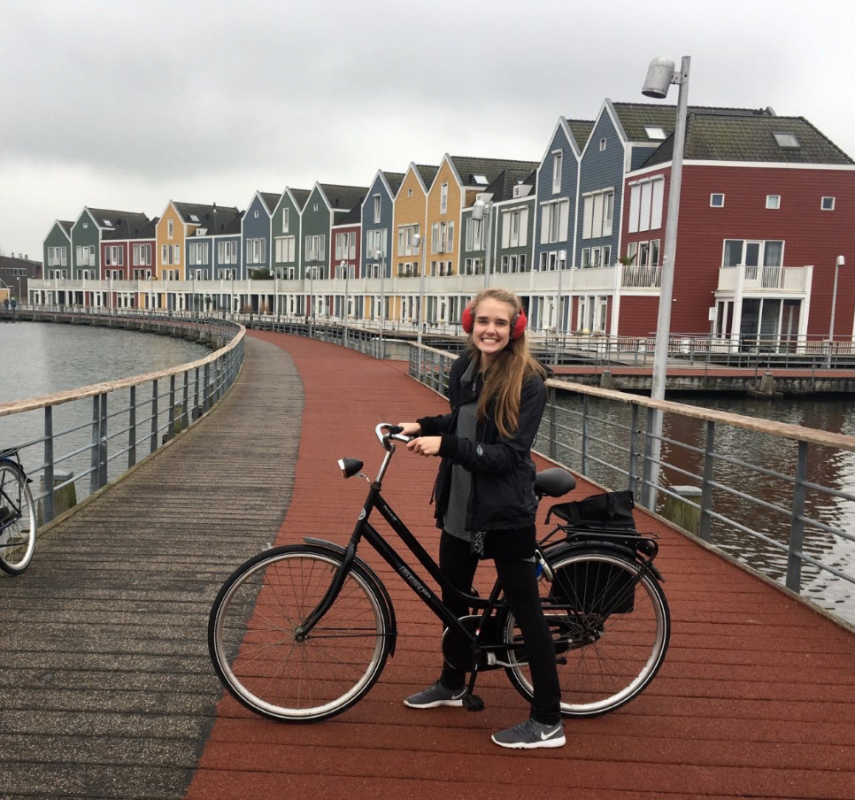 With each new feature we encountered, it had me thinking how unlikely this would be in the United States in a city comparable to Houten. I can imagine a very undeveloped city, possibly near the coast with a wealthy population and ideal climate, being able to plan their city with Houten in mind. A town like Daniel Island, near Charleston, comes to mind, as it was developed recently and has plenty of right of way to create a system like Houten boasts. It would have to be an “oasis” of sorts, with all the right boxes checked. I think a very important piece that was not mentioned enough today is the necessary public transit piece. While it is clear Houten’s residents enjoy the quaint feel their city has to offer, over 2/3 of their inhabitants work outside of the city, and this is where mass transit is so key. This is also where I have a difficult time seeing a small city adopt Houten’s design idea. With that idea eliminated, a small city closer to in-place public transit is the next contender for this bicycle oasis. With the connection to mass transit, adequate funding, and with a wide shift in mindsets from the public – and I’m not sure which of those is harder to come by – the ring road design could be implemented in smaller towns that are either undeveloped, or require and have the space for redevelopment.