When the Dutch government began to think of ways to develop the then-tiny village of Houten in the late 60’s, they had one main goal in mind: to make it a livable city. In order to achieve livability, they determined that the amount of car usage within the city must be limited. This concept is the backbone of how Houten became what it is today.

While the planner wanted to limit car usage in the city, they couldn’t ban vehicles completely, as people still use cars for inter-city travel. Therefore, they created a ring road that encircles the city, with a few smaller roads stemming from the ring road, so that residents can access their houses; however, these roads barely penetrate the city. As a result, residents are able to easily use their cars for trips outside of Houten. Vehicular trips to other locations within Houten are also possible, but the ring road is the only way to do so, and oftentimes trips by car are slower than by bike. 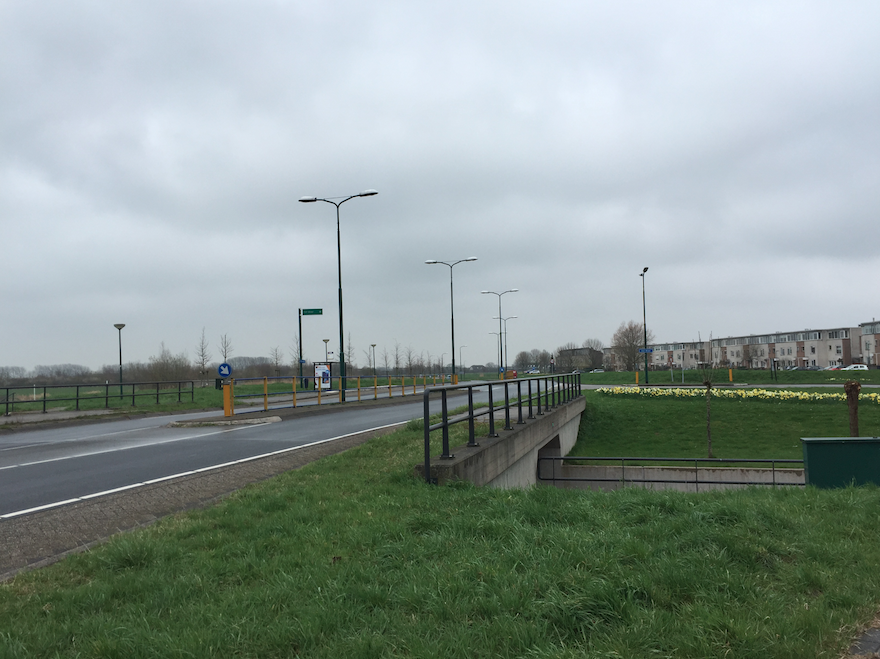 Figure 1: Portion of the ring road.

Within the city, all transportation is conducted via cycling or walking. The idea is that the reduction in congestion, emissions, and noise associated with a lack of automobile traffic will lead a to a more livable urban environment. Therefore, a network of bike and pedestrian paths has been created within the city to facilitate efficient transportation. The network is vast enough to reach every part of the city. Some parts of the bike paths, called the green belt, are designated as the main bicycle network for the city, while the rest of the paths may be shared with pedestrians or vehicles. The bike paths are made with red asphalt, while the walking paths are made with white pavers. 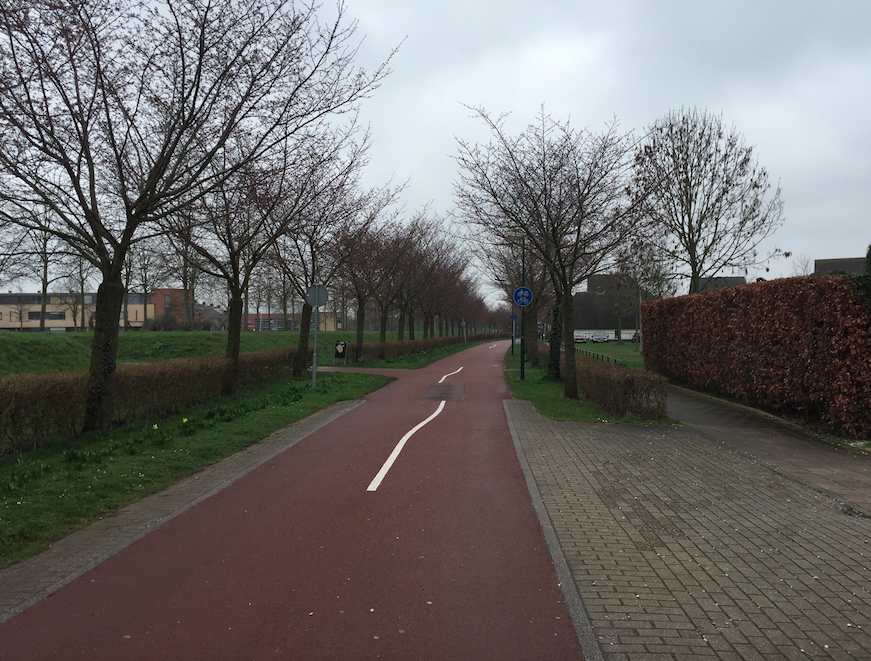 Figure 2: A portion of the green belt.

To ensure the efficiency of cycling and walking, the roads that enter into the city are grade-separated from the paths. This means that there are no crossing conflicts, leading to safer and stop-free riding/walking. Mopeds are placed in the same category as bicycles in the Netherlands, so they may use the bicycle paths. However, there are many “speed bumps” (which are actually the reverse of the ones we have in the US—they aren’t raised but rather indented into the ground, see Figure 3), which serve to slow down mopeds while not interfering with cyclists. The city also used to have bollards at the entrances to bike paths to prevent confused motorists or sneaky delivery drivers from entering the path. However, these have been recently removed, as they posed a danger to cyclists. 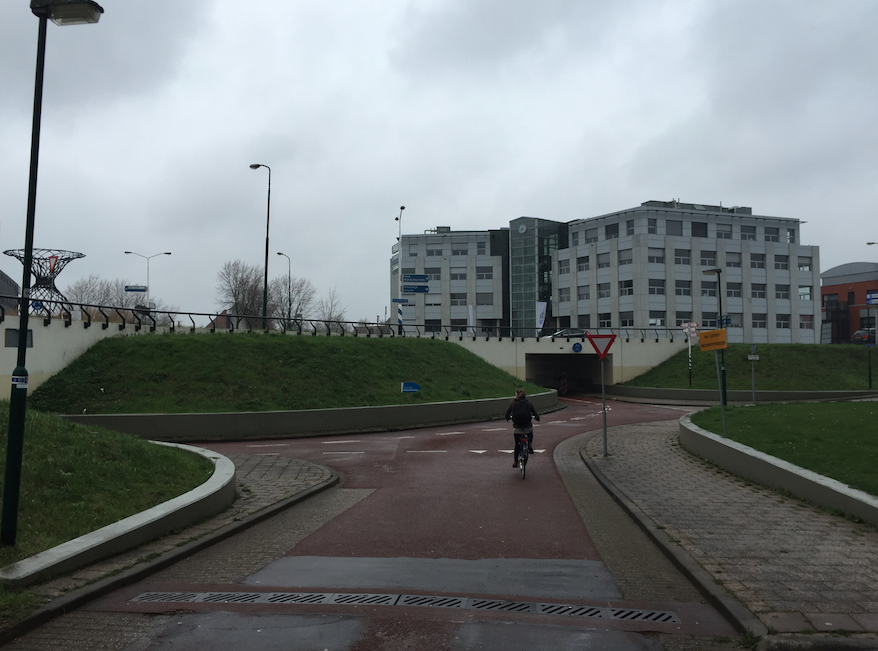 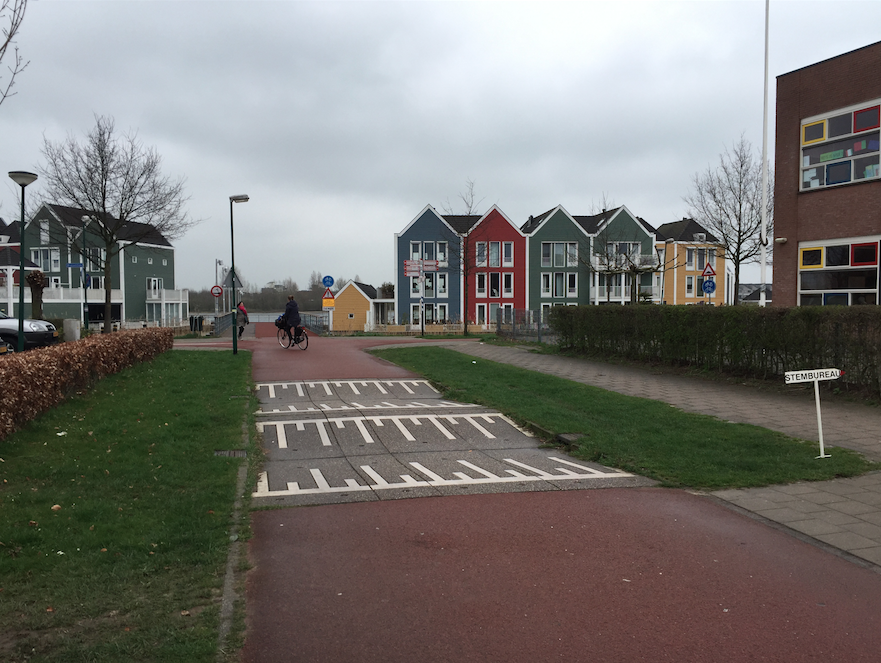 Figure 4: Speed bumps in Houten that are designed to slow mopeds without interfering with bicycles.

Applicability in the United States

I think this approach could be taken in the US, at least to a certain extent. There are certain areas already in existence where cars have limited access. Take the city of Seaside, Florida for example. This is a sleepy beach town where bicycling is the primary mode of transportation. The roads have low speed limits, and there are a few areas where there are only bike paths for transportation. Although, this town’s design does not completely prevent vehicular infiltration, as is the case in Houten. I think Americans, at least in this day in age, are very car-centric, and therefore need easy access to a car no matter where they live. So, I think the urban design strategies seen in Houten can be used somewhat in the US, but no to the fullest extent. 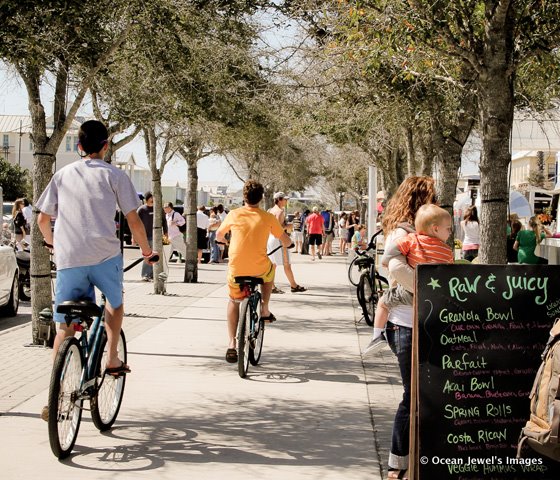