Houten is an extremely great example of the potential of city planning and how to build a mid-urban suburban development straight from the beginning of design ideation. With the integrated planning approach, the Houten municipality decided to create a transportation system that truly protected the most vulnerable user and insured that the biking and pedestrian infrastructure was not only adequate but also robust. This resulted in a city center and a vast majority of Houten to prohibit the use of cars and encourage the small trips to be done though alternative modes of transportation--most namely bikes. Moreover, the city makes it harder for cars to traverse the city due to the Ring Road, limited intracity access, and an adequate enforcement system. The presenter continuously harped on the fact that the space, noise, and safety concerns of a car-centric development went directly against the ideology of childhood safety, easy trips, and a more cohesive lifestyle that was definitely seen as our design group explored the Houten development. 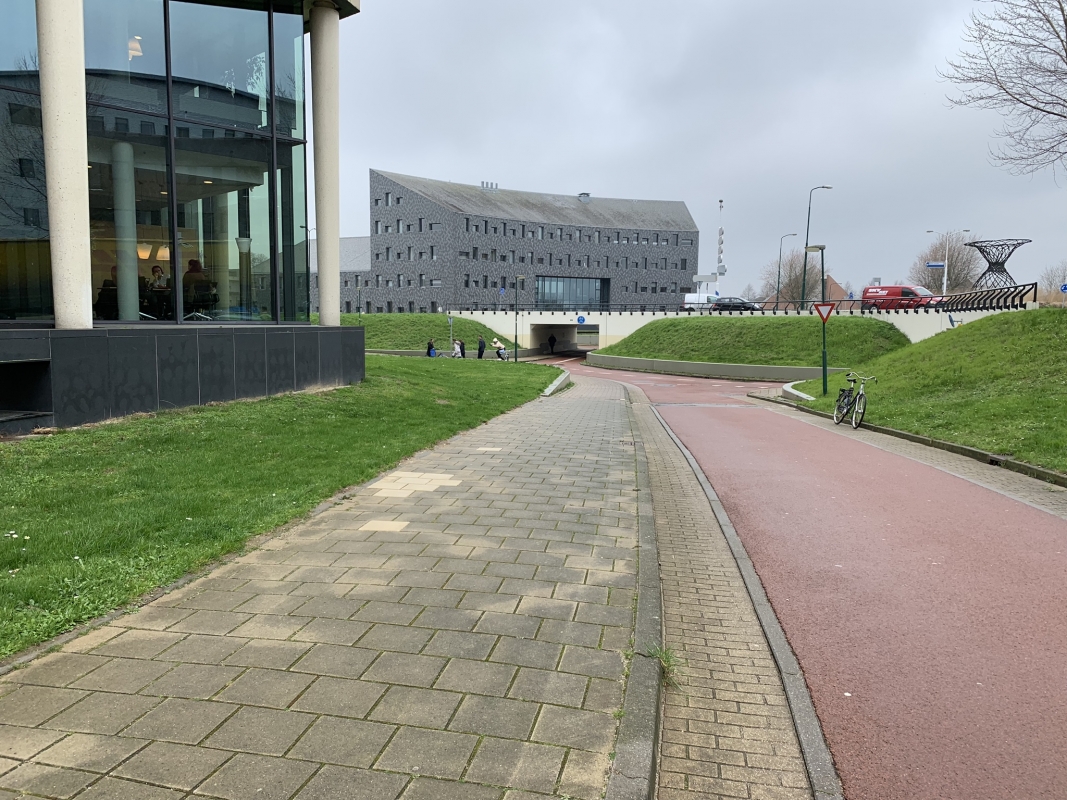 With the Houten trip, one of the first implementations of the robust biking/pedestrian infrastructure was the ease of access between the rail-line and the rest of the city. This type of model is truly revolutionary in terms of solving the last mile problem that plagues that United States so much. It not only allows for Houten to be connected to so many other major city stops such as Utrecht and The Hague but also creates two centralized locations in the city where the business life, civic life, and political life in the two city centers can flourish. Additionally, due to the shape of Houten, it is evident that the planning was done around these two stations to adequately accommodate the citizens as well as the growing population.

Furthermore, the fact that the bike routes had different colored route numbers throughout the city was very helpful--especially for us who do not speak Dutch! Much like many of the interstate highway systems in the United States, the bicycle routes of Houten only required a few seconds glance in order to know if you were going in the right direction and if you were heading to the right place. This meant that our group was able to navigate the routes rather quickly without having to stop with the map multiple times. This is very important for bikers as it limits the amount of distractions and time that would be used if that was not the case. 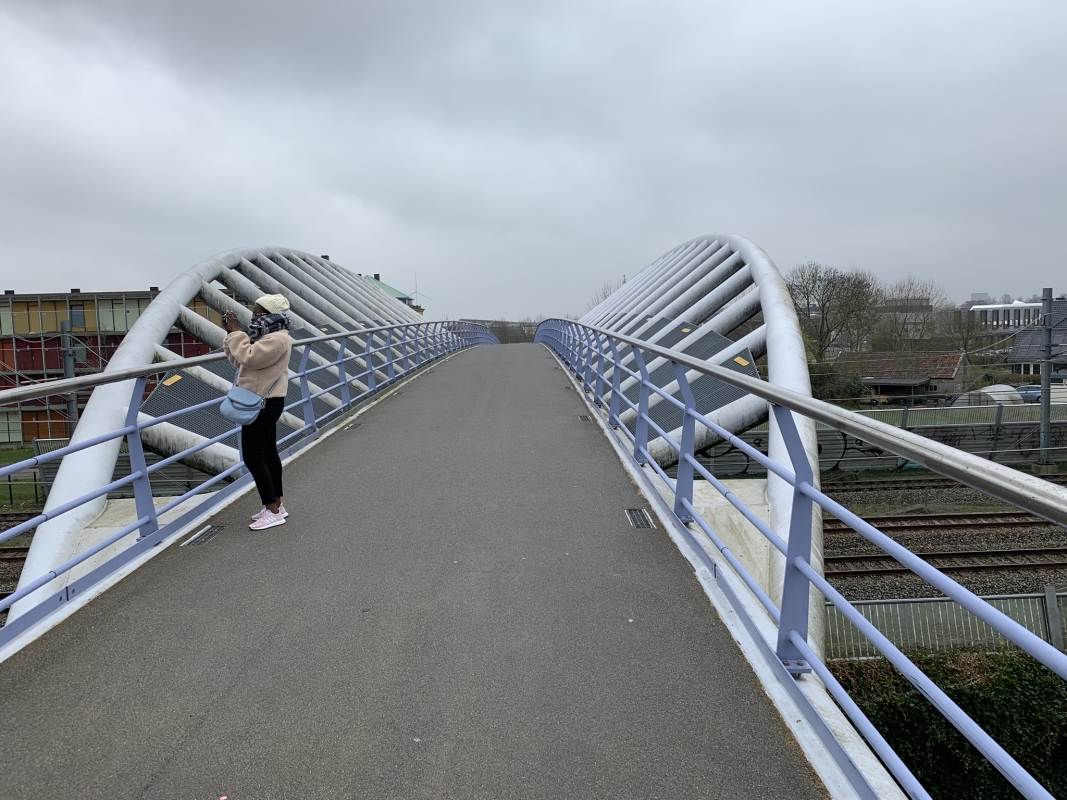 Bridge Across the Numerous Train Tracks (with SERAH!!!!)

As far as the United States goes, this is not completely feasible in the urban setting but definitely capable in the suburban setting. For example, the ideology of the average American is that they have a right to use their car to get them from point A to point B without much interference--even from traffic. Moreover, due to the car-centric funding models of different Department of Transportation offices and municipalities, it is difficult for the average American city to completely overhaul its infrastructure to create a bike-centric city like Houten. The culture of America and the pride Americans have in their roads also hinders the likelihood that this move would be good politically--especially since a first-hand account of a city like Houten is not readily available to most Americans. However, due the scale of Houten and the scale of modern American suburbs, it is very easily implementable if and only if it is designed from the beginning with the Houten model in mind--especially since it still allows for the members of America to still own cars and travel to work in the urban areas if needed. Finally, the last thing that would hinder the American suburb to adopt this model is the lack of heavy/light train access throughout the nation. It is quite evident that the train stations are a huge driving force of the success of Houten; therefore, there would have to be an extension of intercity rail-networks in order for something like this to be successful in America.