A city in which cars are guests on the road! Welcome to Houten! Most of us think that as trains are on tracks, so are cars on roads, but Houten thinks otherwise. In the 1960s, Houten was identified and picked by the national government for development so that it can accommodate the growing population of the Netherlands. Starting from scratch, plans for Houten were drawn on paper and supported by locals. It was time for the village of Houten to become the city of Houten. A big part of the discussion included how to deal with traffic. Considering the environment and safety, it was concluded that the city’s design would prioritize cyclists and pedestrians by providing them with more direct routes than the limited routes that would be provided for vehicles. These indirect routes would make it difficult for vehicles to enter into the city. This was accomplished by designing two outer ring roads in the figure-of-eight shape for car traffic. In fact, cars are guests on the paths within the city, as is depicted by the many road signs on the road, similar to the one shown in figure 1 below. 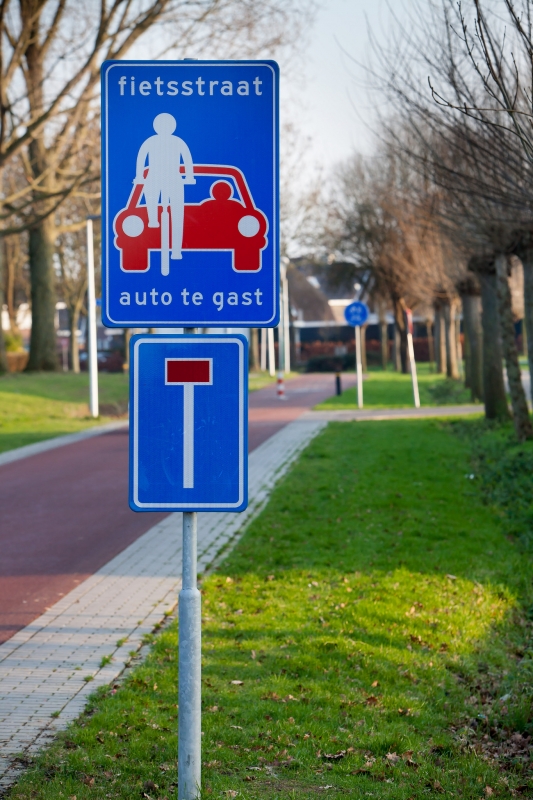 Figure 1. A road sign stating that bicycles are priority and cars are guests on the road.

On some sections, cars and pedestrians are further separated with each having their own path in order to reduce commotion and eliminate accidents. Pedestrian sidewalks are parallel to the bike paths, as is shown in Figure 2 below. Figure 2 also shows that the bike paths are colored brick-red. 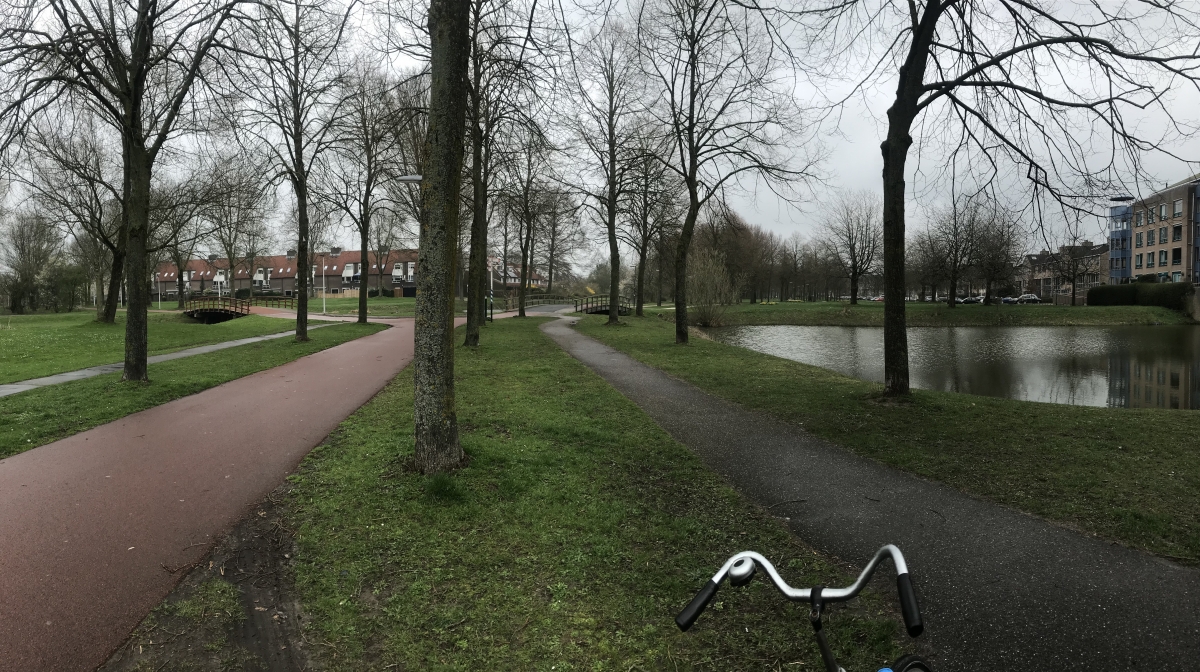 Figure 2.Brick-red bike paths and separation of cyclists and pedestrians.

To further restrict cars from entering, there are narrow roads in addition to low speed limits. There are also multiple speed bumps and sharp turns to slow down vehicles.

Other interesting cycling infrastructure that we saw include the two-tiered round-about shown in Figure 3 below. The lower level is to be used solely by cyclists while the upper level is for motor vehicles. There is also the greenbelt, shown in Figure 4, which is green space that one can get to either on foot or by cycling. 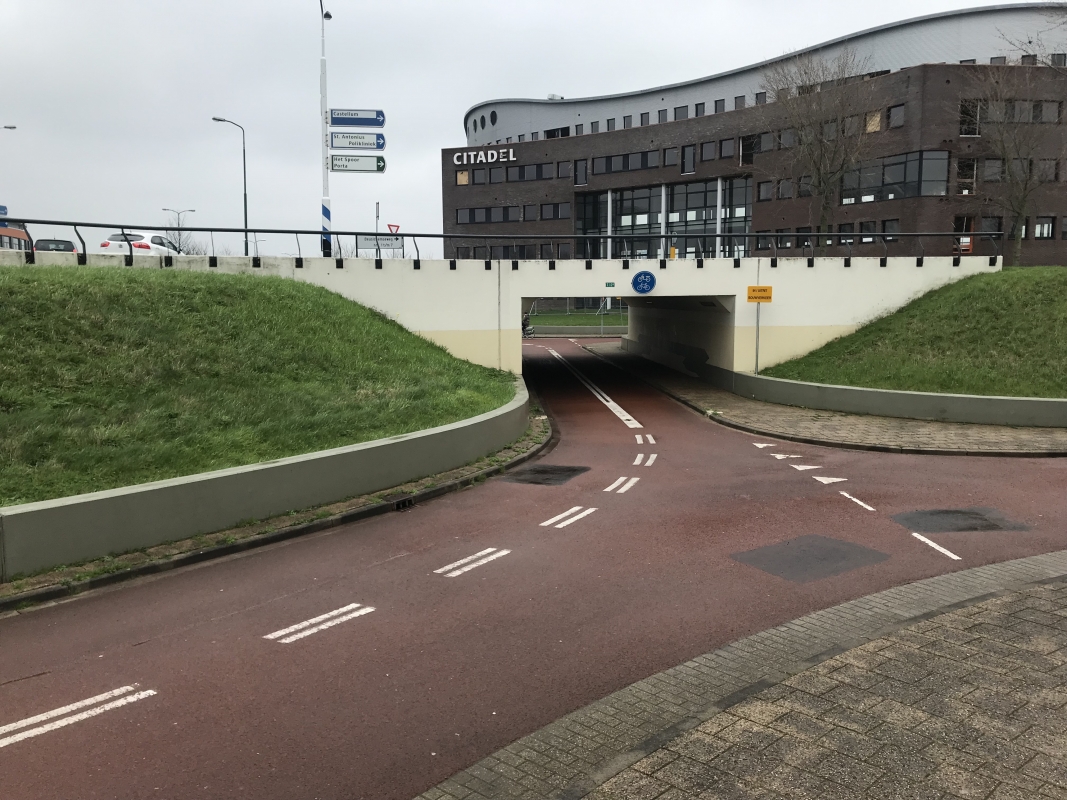 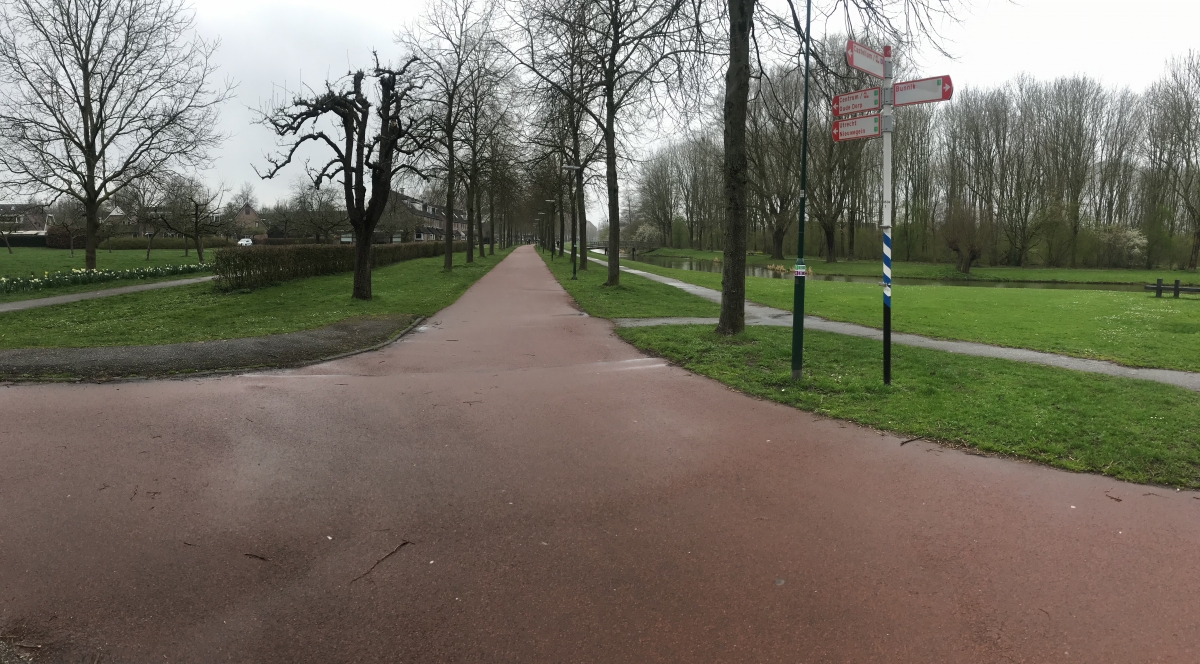 Something similar in the U.S.?

This is an interesting question. I favor the phrase “never say never” and believe in a world of possibilities. However, some of these endless possibilities would be difficult to implement. They seem too good to be true, but that is because cities in the U.S. have already been planned, for years. In fact, our teacher for the day who was a planner for decades, mentioned that cities are not built in months or in a few years, but building a city endures politics. This is to suggest that even though politics may conflict, even though politicians may be in and out of office, building a city shall continue. I mean after all, Rome was not built in a day. Anyway, Houten also has the advantage that it was planned on a “blank slate,” which is to say that not much was happening there, in terms of city life. Therefore, a city similar to Houten could be planned and developed in the United States where little currently exists. The public would need to be educated out of a car-centric mindset, developers and investors would need to trust that the plan will flourish, and politicians wouId need to be persuaded into supporting this plan. It would take plenty of work but someone once said that “Nothing worth having comes easily.”