Cycling through the streets in Delft today, the word that kept coming to my mind was flexibility. These streets are versatile; they lend themselves to whoever needs it. This is especially true in the Woonerf and the streets with advisory bike lanes. Though built with pedestrians and cyclists as a priority, cars can pass through as well, making it friendly to multiple modes of transportation. I was amazed by how one street could be home to so many ways of life. 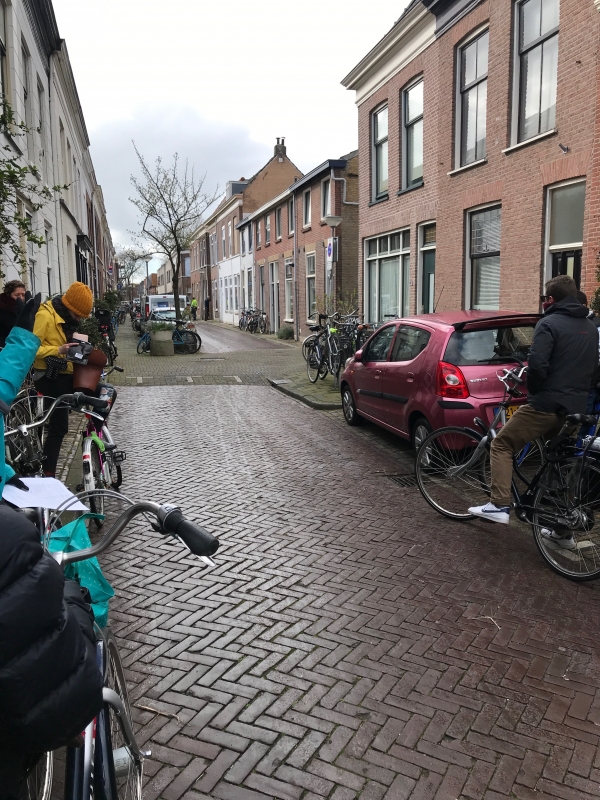 Additionally, I was struck with how generous people were with space. Cars waited for cyclists and adjusted to them. Even with such a large group of Americans unfamiliar with the signals and signs, making mistakes and taking up a lot of space, people were friendly and patient. In America, it often feels as if drivers assume the worst of one another and are quick to anger when someone gets in their way. This attitude often includes cyclists who are sometimes seen as unwanted and pesky obstacles in the road. Cycling in America, I feel bad for slowing down traffic behind me and try to move as close to the curb as possible to allow cars to pass me. I feel as if I don’t belong and biking in a shared road often not only stresses me out but also surrounding traffic. I did not experience this at all biking through the Netherlands, except when the stress returned instinctively. This occurred, for example, at the roundabouts where every time I was initially stressed about going in front of the car and then surprised when it did not keep going to run me over (I often feel as if I’m playing chicken with cars in Atlanta). 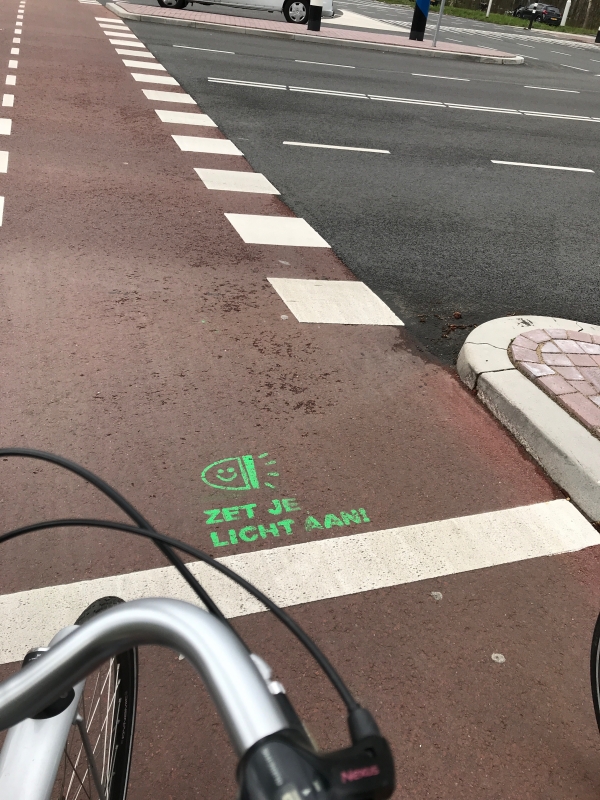 Besides the very noticeable differences in infrastructure, the sheer number of cyclists on the road was also very striking to me. I’ve never biked around so many other bikes before, let alone seen so many bikers out on the roads. People from all walks of life were using the bike paths, from children to elderly, teens to working adults. The infrastructure, designed to make biking as easy possible, allows for people to go through their daily lives by bicycle without much additional effort. In fact, in some situations, it is easier, such as going through no-car zones or very low-speed streets. It is clear that biking is a legitimized form of transportation, one that residents take for granted as a safe, easy, and reliable way to get around on a day-to-day basis. 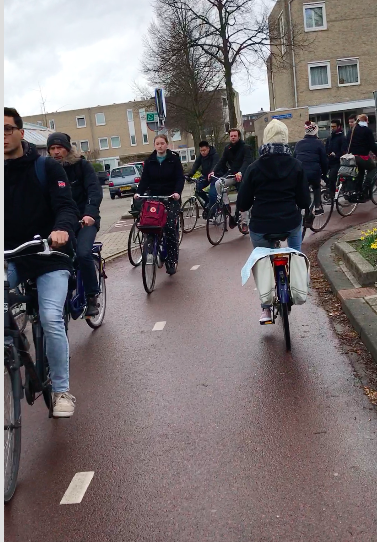 I do feel I have to add my short experience biking on my own. Lacking knowledge of the city layout and any sense of direction, I quickly found myself biking in the wrong direction trying to get back to the hotel from the train station. Once I realized I was on the wrong side of the canal, I had a difficult time crossing it. I saw pedestrian sidewalks and crossings that would have taken me where I knew I needed to go but I didn’t feel comfortable breaking the separation rules (I didn’t want to go where I wasn’t allowed when there was perfectly good infrastructure in place). I knew there was a procedure to follow but wasn’t at the point where I could recognize the signals/correct route to take. I ended up biking straight for a while before figuring out how to cross over, and even then, I was unsure of where I was supposed to be when there wasn’t a clearly defined bike path. I was glad I took the opportunity to find my own way because it showed me how much I had relied on following the group and that it wasn’t quite as simple when navigating yourself, at least until there’s a stronger understanding of the city and its available biking infrastructure.