I would have never uttered these words a few weeks ago but ever since arriving in the Netherlands, everything has changed. I feel the same way about biking in the Netherlands that I did about taking transit in Boston; it gets me where I need to go with a smile on my face. 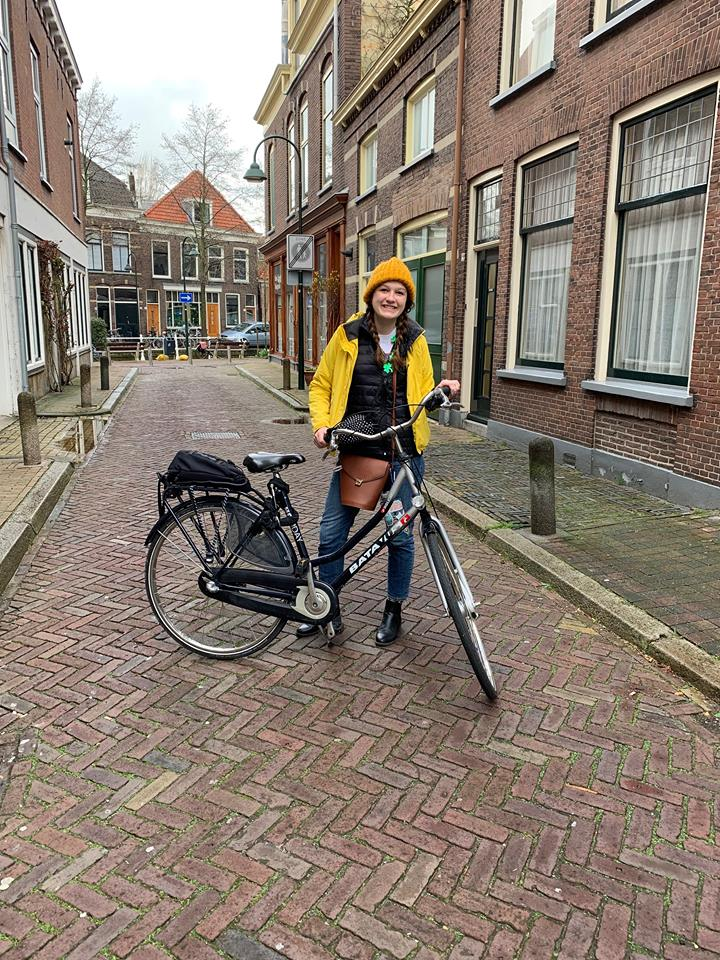 Smiling through the Netherlands (not pictured: my cute pink bike)

Cycling in the Netherlands

I arrived in the Netherlands last Friday, 3/15/19, and have been exploring Amsterdam, Gouda, Rotterdam, and Delft on a bicycle. I feel confident casually biking around the city and really think it is the best way to get around! Cycling infrastructure is prominent and I have the ability to get to where I need to go. I am surrounded by other cyclist but not in an intimidating spandex way. When I bike around the Netherlands, I feel like singing (even more than I normally do) because I am so calm and happy. It is very unlike when I was biking around Atlanta and I was on edge and (mostly) not singing.

Roadway design in the Netherlands always gives bikes a safe way to travel. Bicycles have a separated lane, track, or road for travel and they aren’t mixed in with the traffic. At intersections, bikes have a clear (red) path to follow separate from cars. When cars and bikes do mix, cars must yield. Bike traffic lights at intersections allow bikes to pass an intersection before vehicles. When I did interact with vehicles at intersections, we both had designated spaces to wait. Both intersections and straightaways are built for bike safety and are sensitive to the surrounding speed, volume, and context. The Netherlands contains a huge network of paths for bikes; Anywhere people would want to go, they can use a safe bike facility. Although we have a few bike lanes in the US, trails often end at the intersection and leave a cyclist vulnerable when there are the most potential conflicts. In the US, bike facilities are designed to fit next to/in speeding vehicle facilities and bike design is often an afterthought. 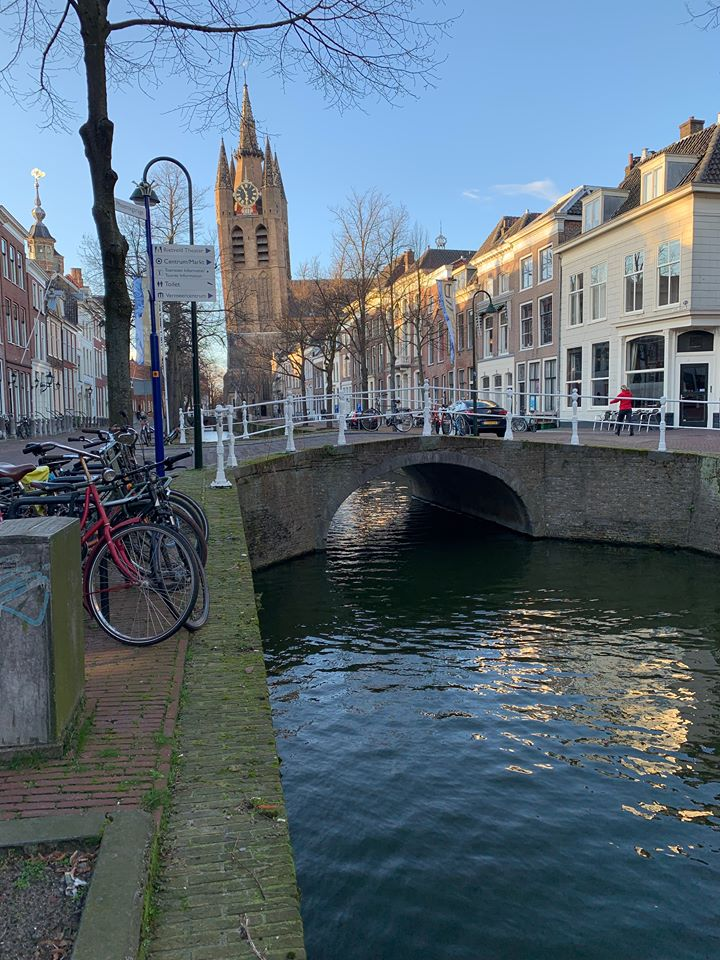 Power to the (Bike) People

Most streets are for bikers and pedestrians first and then cars (if there are any). Cars must yield to cyclists so I always felt safe at intersections. In the Netherlands, I was able to follow the red bike lanes without worry or stress even though I was still not-too-familiar with standard bike and car interactions because I knew that as a biker, I was often given the priority.

Unlike in the US, utility cycling in the Netherlands is the status quo. While traveling with our large group, I heard many bike bells but only a few car honks because biking is more common. We saw all ages ride, from kids learning with training wheels to older folks picking up groceries. Biking is just a part of the dutch pleasant way of life because it gets them to where they need to go in a safe manner.