Initial Assessment of cycling in the Netherlands

The differences between cycling in the Netherlands versus the U.S. were clear immediately when we arrived in Delft. Even on the train from Amsterdam, the rural roads we passed all had bike infrastructure, whereas rural bike infrastructure in America is difficult to find. Dutch engineers and planners account for cyclists and pedestrians on every route. Cycling around Delft and to Maeslantering was a bit nerve-wracking at times, but only because I was new to the system and did not have a firm handle on traffic laws. Dutch cyclists all seem to be on the same page when it comes to yielding, intersections, and passing. American cyclists, even with experience, must often stop and read situations before proceeding. After two days, I have a better understanding of where I should be as a cyclist versus as a pedestrian, who I need to yield to and who will yield to me, and how to interact with other travelers. Even at the beginning when I was confused, I still felt safer than I did cycling around Atlanta. Cars generally travel at low speeds, and when they go fast, they are separated from cyclists and pedestrians. If I had been in an accident, I firmly believe that my injuries would be minor or nonexistent.

The Dutch system of cycling infrastructure is a bit overwhelming and does not feel entirely feasible for Atlanta and many other American cities, but there are many concepts that could be applied. I particularly liked the raised crossings on two-way cycle tracks and the “woonerf” neighborhood streets. The crossing table seemed like a simple solution for the visibility of cyclists at small intersections. 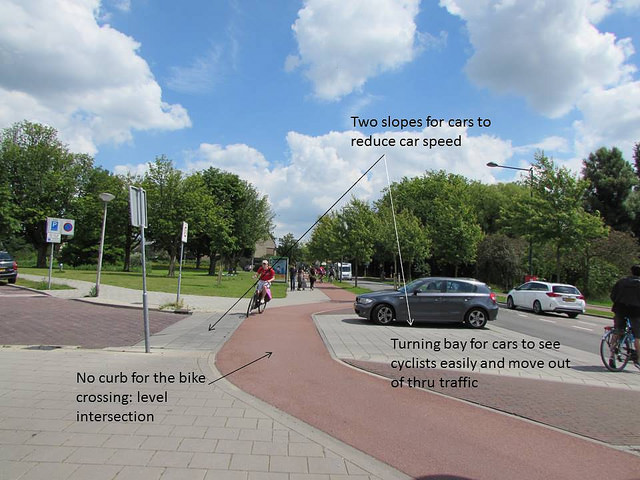 As shown in the diagram, the crossing table allows cyclists and pedestrians to continue easily at the same elevation, while cars are forced to slow down to get over the bump. This is a simple way to slow down motor traffic and give drivers more time to notice cyclists and pedestrians. The “Woonerf” was a delightful way to allow cyclists and cars to interact with people using the street for recreation. Cars go at the same speed as pedestrians, so there is a very low risk of collisions. Alternating sides for street parking and tree planting naturally enforces speed limits. I think this could be an ideal solution for Harden street in Atlanta, due to its low car traffic, family housing, and proximity to high traffic bike routes. 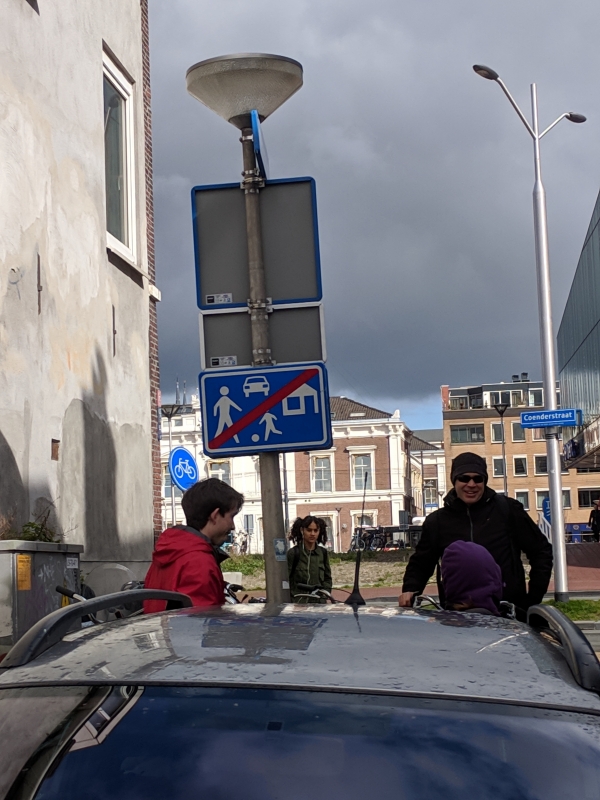 Perception and Priority for Cyclists

Dutch drivers expect to interact with cyclists on the roads, and so they look for them at intersections and are always prepared to yield when they should. Arrows point towards the traveler who is supposed to yield, and so the responsibility is shared by different modes at different intersections. Many crossings give priority to cyclists, which is a very rare occurrence in the U.S. I can honestly say that as a confused American cyclist over the past two days, I have annoyed more Dutch cyclists than Dutch drivers. Cyclists seem to own the roads in the Netherlands, and drivers understand that they must go slow, watch their surroundings, and give priority to more vulnerable travelers. 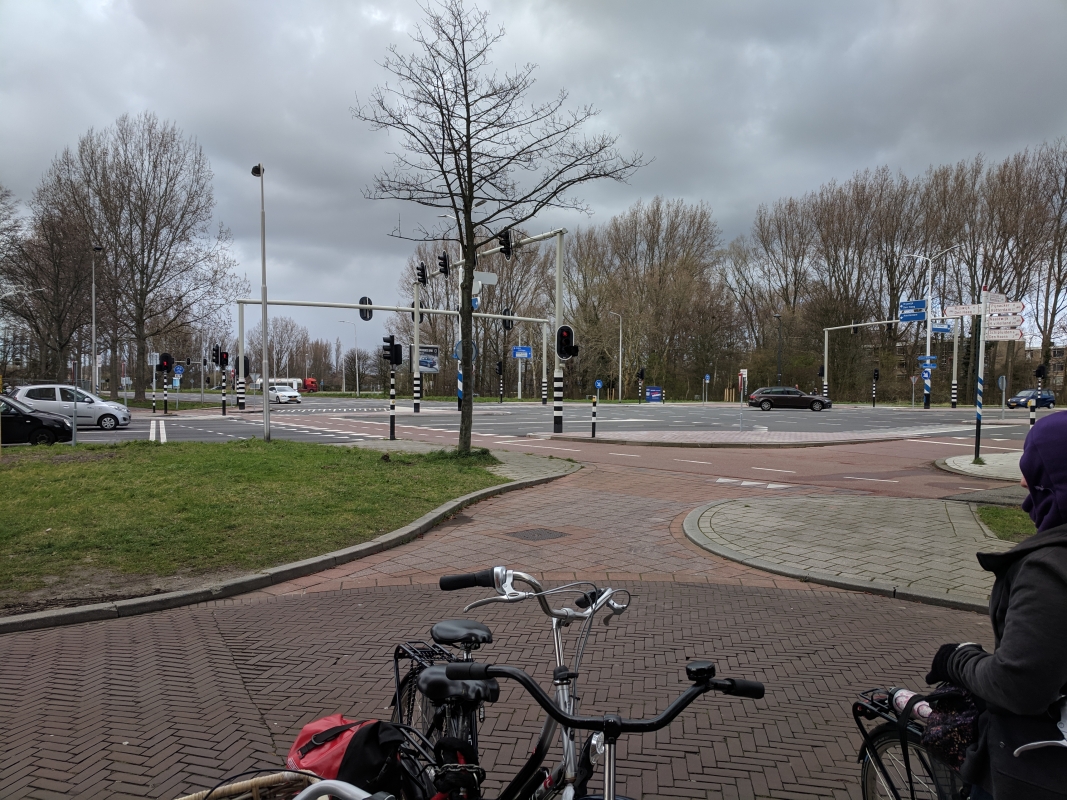