Last Friday (2/8/19), the class went on a tour of cycling infrastructure that has been developed in the city of Atlanta. Observing domestic infrastructure in a course designed to study Dutch cycling infrastructure was something I looked forward to in the previous weeks when it was scheduled on the calendar. This is because a hope for the course is that I grow in familiarity with both systems, so that helpful comparisons and contrasts can be made such that American infrastructure can develop – and commuter cycling flourish.

Below is a list of infrastructure features the group encountered:

By Dutch standards, Atlanta must seem like a wasteland of bike infrastructure. In light of the recent history for the “Dogwood City”, however, the attention to bikes in recent planning and design is a revolutionary departure from that yesteryear when car culture was the near exclusive consideration.

Below are some comparison photos I was able to piece together in order to illustrate the changes happening all over the city!

In addition to urban bike lanes and cycle tracks, Atlanta is the home of the famous BeltLine, a multi-use path allowing walking and cycling. After a graduate thesis in 1999, the first section of the trail opened in 2008 and has been adopted into the culture of the city, where it has given vision for a sustainable, multimodal, and fun transportation network.

The tour began in hectic Tech Square with our group of cyclists, ranging from battle-hardened commuters to some who had assembled their bike just a few days prior. My experience falls towards the more experienced end, and this is important to keep in mind when considering my interpretation of facilities encountered on the ride, as people would typically find situations less comfortable than I do.

The initial mile or so through Midtown was defined by unprotected bike lanes and quiet residential roads with mixed traffic. The bike lane seemed to promote an awareness that cycling traffic should be expected, but from a functional standpoint did not protect the group. I still found myself cautious, wary of car doors and weaving traffic, despite the dedicated facility. The slow residential roads provided a fun and leisurely experience in contrast. The group was able to fill the lane and didn’t feel out of place at all despite the lack of design features. Setting and type of traffic certainly made a difference in this situation. And through it all, traveling as a group gave a feeling of safety and even a sense of belonging. 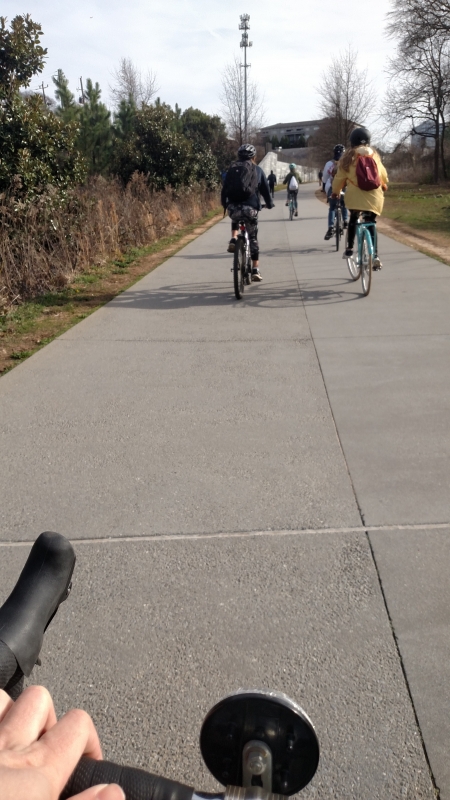 At 10th Street, we encountered our first cycle track. Grouping together before heading down the track, our guide and professor, Dr. Kari Watkins, noted that this was the first segment that separated bike and car traffic in the city, opening in 2013. This has become the first of a few cycle tracks in the city, many sponsored by the City of Atlanta and PATH Foundation. While I had ridden this segment quite a few times, I’ve always found it to be quite fun (at least when going east, downhill!). While the bollards may not be the prettiest, they give me enough of a sense of separation and protection to enjoy the ride. Similar to the cycle track in that it separates from motor traffic, but different in that pedestrians make up the majority of traffic, the BeltLine was encountered next. This path had a noticeably lower design speed, and the group slowed down to not bother those walking. Our guide explained that pedestrians often will not keep to the right side of the path, which can lead to a hazard for those passing by bike. This is due to the unwillingness of the authority to paint guide stripes for aesthetic reasons. As a result, cyclists learn to slow down and to pass warily.

Beyond this, the facilities encountered were similar to those already covered. Downtown has a new smattering of cycle tracks, which have likely been easier to install when compared to the Midtown counterpart due to an under-capacity road network. Biking back to campus from Downtown truly gave a sense of the connectivity and integration beginning to arise concerning the cycling network. Beyond the roads traversed on the tour, however, many roads in Atlanta remain inhospitable to cycling. Memorial, the road to be studied and redesigned by my project group, is a truly harrowing experience at most times of day. This is just one such example of a vital route that practically only allows motor traffic. 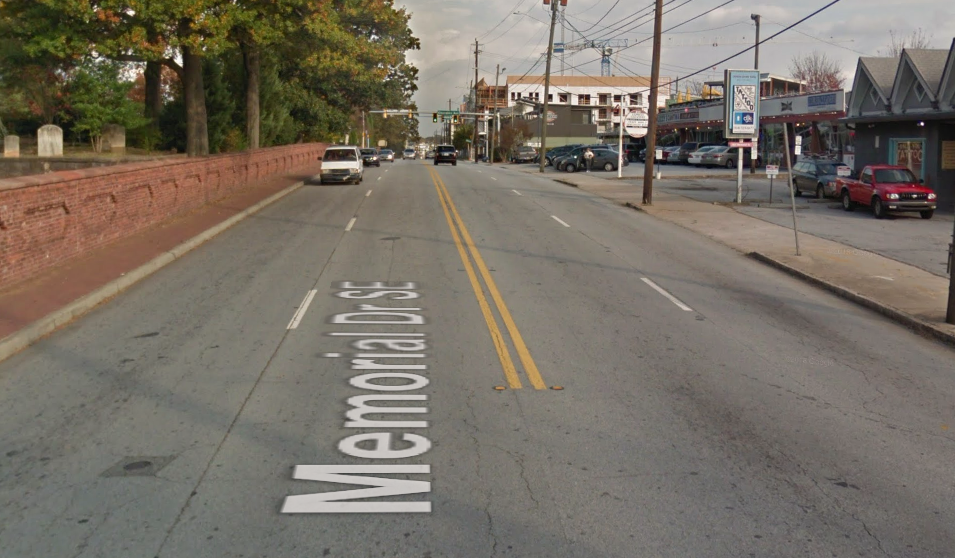 For this blog post, 6 YouTube videos from Mark Wagenbuur (YouTube handle = Markenlei; web page bicycledutch.wordpress.com) were watched to help contrast what was experienced on the tour. While the Netherlands had their own bout with car-centric culture, the 70s saw a shift away from motor vehicles and towards cycling. This was done for multiple reasons, notably safety and environmentalism. Social protests brought political and culture change, creating the transportation approach enjoyed today. 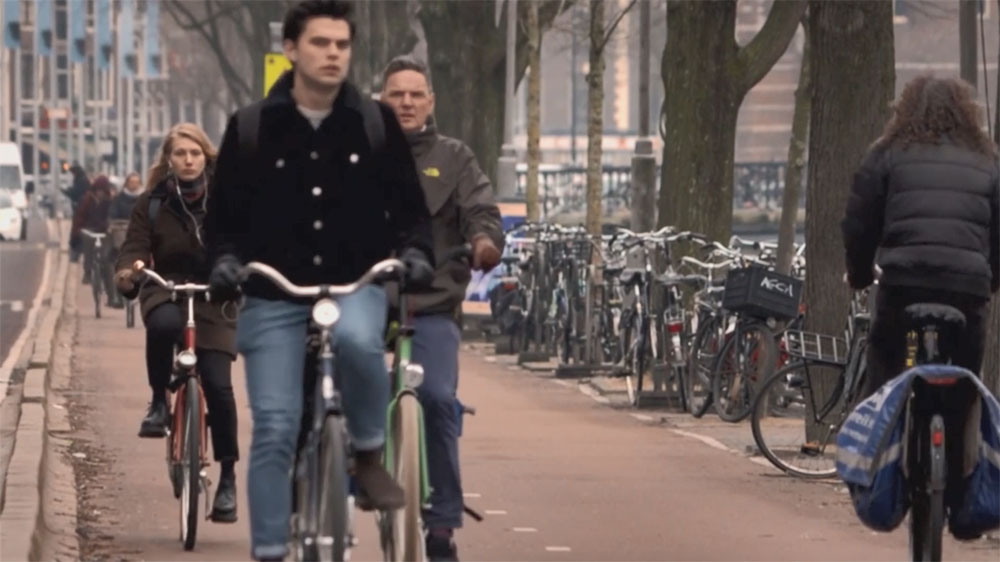 From a design standpoint, the Dutch focused on separating bikes and cars. This is a fundamental shift from the philosophy of the Americans, who pushed for the integration of bike and motor traffic. On the Dutch side this has led to leisurely, safe, and approachable cycling options, while the American mentality created a system only available to the lean and mean road warriors that are comfortable taking the risk. When thinking of a cyclist in the States, legends such as Chris Froome or Greg LeMond (let’s not bring up that Lance fellow) come to mind, with their aerodynamic bikes and lycra clad outfits. From the Dutch perspective, it seems that the outlook is shifted more towards upright bicycles with the rider being far more relatable to the average person like me and (most likely) you.

The Dutch employ numerous design strategies to create a safe and functional system for bikes and pedestrians. Grade separation, roundabouts, and yielding to the most vulnerable are all core design features used by transportation engineers in the Netherlands. Decades of experience also lends to the correct application of different design features, often a mistake of US engineers implementing a system with no prior expertise.

With all this in mind, it is quite clear that cycling in the US is remarkably different than in the Netherlands. This is likely due to a variety of reasons. In the States, gas is cheap, space is available, distances are large. Safety is often sacrificed for speed and throughput, a departure from the ideals of the Dutch. Additionally, the sport cyclist is idealized, a user better suited to mixed traffic than the average (potential) user. Fortunately, as illustrated in Atlanta, dedicated bike facilities are becoming more common in the States, especially heading into the future.