Biking through Atlanta has always been a daunting feat to me. In fact, I’ve rarely biked past Midtown. My main hesitations were that I didn’t know where there would be bike paths along my route and I didn’t feel comfortable sharing big streets with the cars. However, the bike tour last Friday surpassed my expectations of what cycling in Atlanta could be. The first surprise to me was the bike paths that were so close to where I live and never fully registered were there. The bike path on 10th street was especially one that I wish I knew about and now that I do, would feel a lot more comfortable biking to the Beltline. I appreciated having two bike lanes together because that allowed for more space most of the time and the bollards (small poles separating the bike lanes from the car lanes) also helped me feel a bit more secure. As I had already biked on the Beltline, it wasn’t a new experience for me, however, I’ve never made it all the way up to Krog St. Market. The portion after the Krog St. Market, on Edgewood, was a bit more stressful than the Beltline and even 10th. Though we had our own bike lane, it wasn’t protected and there were a lot of cars around. After leaving downtown, biking on Luckie Street was more comfortable again; there was even a raised barrier at one point. The barrier definitely helped in giving a strong physical sense of separation from the cars. This lane connecting all the way down to the Marietta separated path would be a good place for a new city biker to start as it was both physically separated from cars and specifically for bikes, unlike the Beltline which is multiuse.

What was not seen on the Atlanta bike tour that is featured in BicycleDutch videos such as Junction Design in the Netherlands are the protected intersections for cyclists. The bike path goes along the outside of the junction so that the bikes don’t interfere with the car traffic (1). This design can be used for a four-way intersection or a roundabout. Keeping the bike path separate even at the intersection helps keep bikers safe from turning cars and helps give bikes the right of way. Another very noticeable difference from bike paths in Atlanta is that all the bike paths in the BicycleDutch videos were red. This is an obvious signal for cars and pedestrians that bicycles belong there.

Bicycling is incredibly integrated into the daily lives of the Dutch. According to the video Cycling in the US from a Dutch Perspective, 25% of total trips made in the Netherlands are made by bike. It is perceived as a way to get from one destination to another, rather than just for leisure (2). Additionally, the Dutch approach to cycling infrastructure is that separation is the key to safety, whereas in the U.S., sharing the road is the common methodology (3).

I thought the video How the Dutch Got Their Cycling Paths gave an interesting account for how the Dutch developed such a strong cycling culture (4). Some reasons for this cycling culture are ones I would expect like the lack of space in old, Dutch cities, as bikes take up much less space than cars and don’t create pollution. However, the social movement around bike safety in the 1970s was also a key factor in prioritizing bicycling infrastructure. Additionally, the Dutch wanted to be more independent from energy after the oil crisis, which also helped contribute to the emphasis on cycling.

On the other hand, in the U.S. we have big sprawling urban areas that can/grew to accommodate cars. Additionally, there was never a big societal push for bike safety or to transition away from energy-dependent transportation. Though biking culture here is still mostly recreational, the mindset of biking to your day-to-day destinations is growing, and so is the available infrastructure to do so. 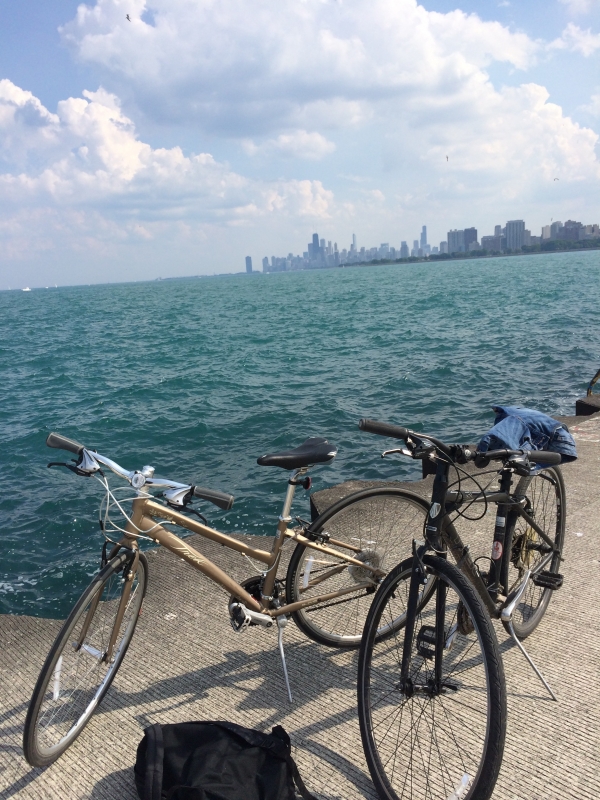