Looking back, the Netherlands seemed like a dream. I’ve spent the last week telling anyone who would listen how good the Dutch infrastructure is. Anyone who has asked me how my spring break was has been subjected to more photos of bike lanes than they were ever interested in seeing. After all the weeks of learning about the Dutch system on paper, being able to actually use it was an incredible experience. The infrastructure (and stroopwaffles) really lived up the hype.

The differences between the Dutch and US design are drastic. The Dutch prioritize cyclists at almost every opportunity, while the US often opts of the easiest, and cheapest solution. You will never find a shared lane in the Netherlands, while that is usually all that is done in the United States. The Dutch keep both safety and comfort of cyclists in very high regard. Whenever possible, the bikes are completely separated from the traffic, and when they aren’t signage is clear and vehicle speeds are very low. Everyone has their own spaces and everyone knows exactly where they are supposed to be. And the success of their policies is evident. When we were in Utrect, the bicycles were lining up down an entire block to cross at a bike signal, also in almost every city the bike parking near the train station was full. The fact that The Netherlands has such a high bike share shows that these protection policies are working. 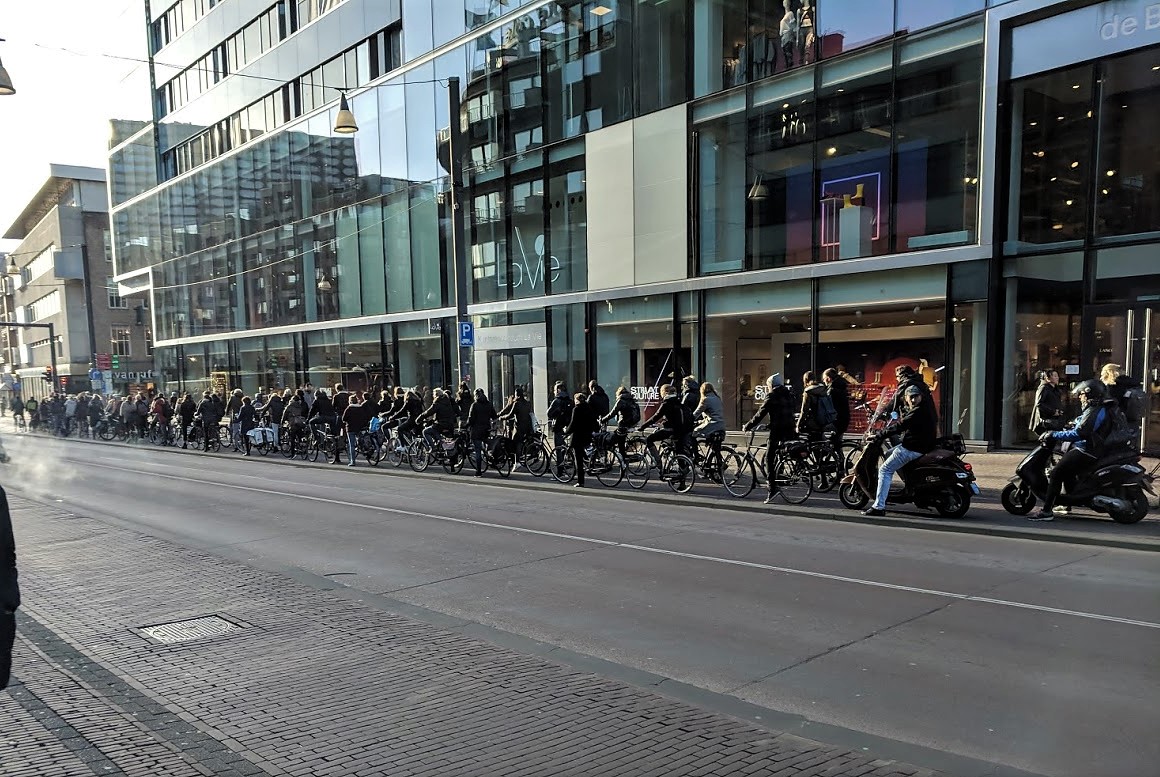 While the polices are wonderful, that is not the only thing that contributes to the prominent Dutch bike usage. They culture there supports it as well. Children in the Netherlands wait in anticipation for their first bikes as we do our first cars. The US it currently too car centric for any Dutch infrastructure to be successfully integrated. The last thing most Americans want is to lower speed limits and take away lanes to add cycle tracks. We are trapped in a negative feedback loop – people don’t want to cycle because there is no infrastructure to protect them, but no one is willing to fund the infrastructure because there are no cyclists. But this is why we went to the Netherlands. We now have the firsthand knowledge and experience to start breaking this cycle and I cannot wait to start!