With such enticing treats such as stroopwafels and pickled herring, of course the Dutch have the best bike infrastructure; biking provides minimal traffic between you and your beloved snacks! Bikes are made priority for good reason in the Netherlands. Leaving the Netherlands, I’m thankful for the opportunity to not just see the infrastructure but to actually interact with it by using the bike lanes and the public transportation network. As a user of the system I was able to gain even more appreciation for the country’s respect for multiple modes of transportation. It’s deeply engrained in their culture. I think this is a major difference from the US where bicycle infrastructure is often thought of as a side piece to the existing car infrastructure because of the car-centric growth of the country. In the Netherlands, bikes are a way of life and are treated as such.

In order to prioritize bikes, the Dutch provide the safest route possible to cyclists first and then give room for cars. Minimal design changes such as lower grades, separation from the high traffic areas, and pavement differences ensure that cyclists are safe and comfortable getting from point to point anywhere in the country. In the US, a country built by the automobile, this concept is difficult to implement. Their culture also was subject to the rise of the car, but revolted to ensure the safety of its children, whereas the US saw cars as a way to expand their horizons. After pushing for reform, cycling rose in the Netherlands and prevails today. Because of this cultural mentality of biking as a way of life, bike infrastructure has developed further today, being incorporated into traffic signalization and adapting at roundabouts. Vice versa, with safer roads, cycling increases and has multiple impacts on culture. One on the most promising, in my opinion, is the mobility cycling provides to all users; it’s a fairly cheap mode of transportation when compared to using a car, and thus allows all socio-economic backgrounds to use the system as well as all ages and all physical abilities. I love the cohesion this provides in a world that often has so many barriers for different types of people.

Although I’m disappointed to have left the beautiful, albeit windy, land of cheese and stroopwafels, I’m hopeful for the future that may come as we attempt to change America’s infrastructure practices and some of the mindset surrounding bike infrastructure as well. I’m glad for the things that I saw and the people I met on this trip and can’t wait to see how we bring pieces of the Netherlands back home! Below is a picture of two civil engineers wishing we could bring our cute bikes as well as the Dutch bike network home with us. 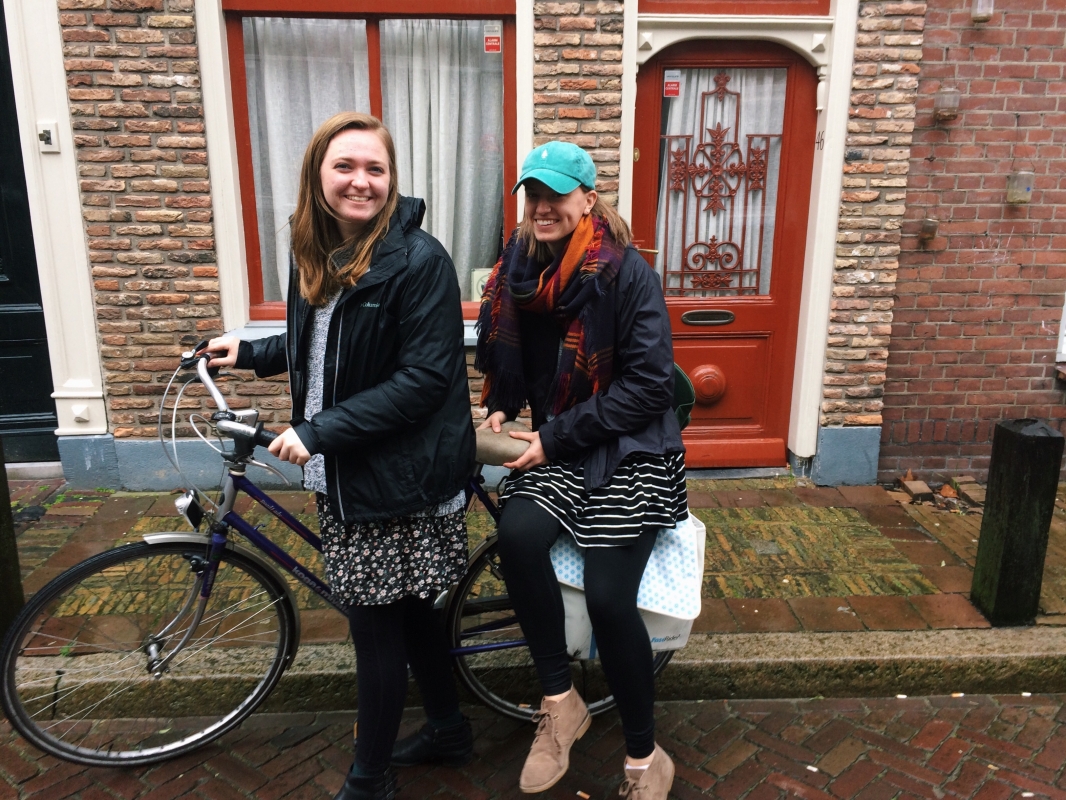