As we have learned through our experiences this week – there are several fundamental differences between the way the United States and the Dutch approach infrastructure. The treatment of bicycles on transit is not different. The standard practice for bicycling in the Netherlands is to use a bike to get to the train or bus stop – then park the bikes in one of the great parking facilities at the stop or station, ride the transit, then use either another bike on the other end or rent one of the widely available transit branded bike In the country. There was one day when as a class we all took our bikes on the train – this was very much against the grain and wound up being a very awkward and clunk process, so it is allowed but you must buy a ticket for your bike and then the system is not optimized for you with a bike. This difficulty of taking a bike on the train, coupled with the elements that ease the transition from bike to transit, such as the great bicycle parking facilities pictured below create an environment where it is just not natural or needed to take the bike on the train. 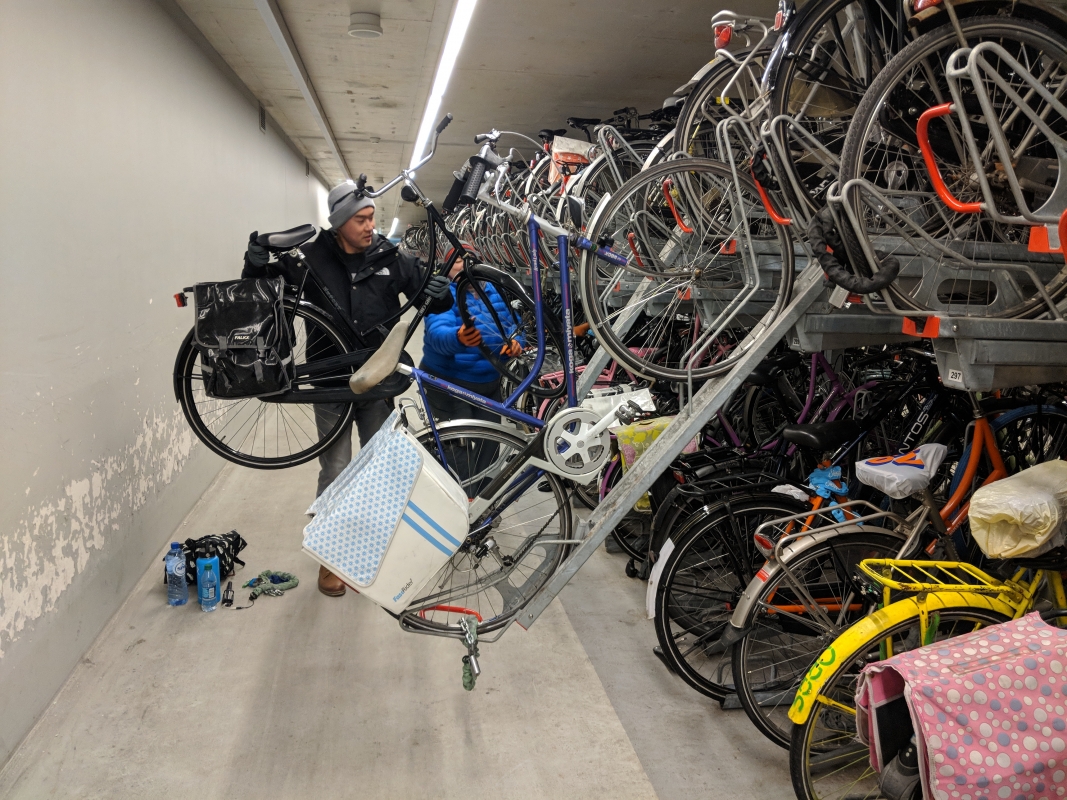 One of the reasons that this works is the expansiveness of the transportation network. It would be unlikely to need a bike on both ends of the trip because so many of the common work destinations are well served by high quality transit. The benefit of the bike is to get into the transit system from the residential areas. The metrics for transit system performance are not terribly different from the metrics we use here in the states. On time performance is one of the big measurements that the regional transit agency uses in Amsterdam. They tend to be a little better about meeting these thresholds than we are here in Atlanta… This attention to on time performance coupled with the high frequency headways most of the services offer creates an environment where transit can be very flexible and it is not necessary to plan your day around a bus or train timetable. You can pretty much show up to any bus, tram or train station and know that there will be a bus there within a reasonable amount of time. One neat feature that was installed at a bus stop in Amsterdam was a small digital screen that displayed real time information. This is shown in the following picture. While these features are not unheard of for us, this was installed at a bus station that was not particularly busy, and the sign itself had a very elegant and simple design. 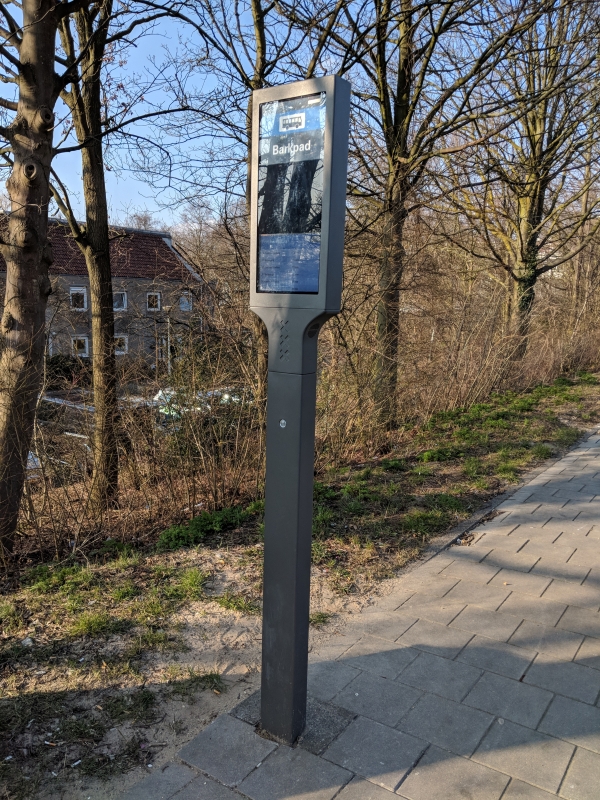