If there are two things I learned about integrating bikes and transit on this trip it's bikes and revolving doors don't work well together and never forget to buy your bike its own train ticket. Last Sunday we brought our bikes in the train to get back to Delft from Schiedam and I learned both these lessons the hard way. The Dutch trains usually have one or two cars with priority space for bikes, marked on the outside doors.  The Schiedam station only had one handicap turnstile to enter the station, which he had to use one at a time. The normal width ones didn't fit the bikes well. Then we trekked up two flights of stairs, pushing our bikes up the tiny little cycle channels. From there, we had to divide and conquer to get all 19 of us back to Delft. With April leading the charge, seven of us crammed our bicycles into the reserved area - much to the surprise of everyone else on the train. People didn't seem to respect the bicycle priority, even when there were that many of us. Some people moved but a handful just stayed in the marked bicycle spaces, forcing us to take up all the room in front of the stairs. When the conductor came by to check tickets, he didn't seem very happy with all the space the seven of us were taking up. Then he asked us for our bike tickets, which we didn't know we needed. Luckily, he was nice about it and left us with only a warning to not do it again. This is the point where the real fun started - getting off the train in Delft and out of the train station. There is one elevator in the station and several sets of stairs without bike channels. It took three times up and down the elevator, with three bikes per trip, to get us to the exit. We decided to exit through the bike parking thinking there must be an easy door to use here, bikes must be coming in and out all day. We were wrong. They only options we had were two doors that could have potentially been emergency exits (we couldn't read the Dutch) or a revolving door. Not wanting to set an alarm off, we opted for the revolving door - what's the worst that could happen dragging our bikes through that? Well I was the lucking one to find out. I pulled the bike up to one wheel then proceeded to somehow get both myself and the bike sandwiched between the revolving part and stationary part of the door. Finally I managed to wiggle myself free, and we biked off to realize there normal doors just one floor up.

This whole experience really shed some light on the Dutch take of bikes on transit. It seems permissible but not encouraged. Once we looked into it, bike tickets seemed to cost about the same as normal ticket. If doubling the price of the ride doesn't discourage people from biking, the facilities just might. The stations aren't designed to accommodate bikes moving throughout them well. The lack of wide turnstiles and not many elevators makes it difficult to get your bike to the platform and space on the trains for them is limited. Also, if you ride your bike in a station, you can face a fine. This, combined with the wonderful rental programs, makes it easier to leave your bike at your origin station and use a different one at your destination. 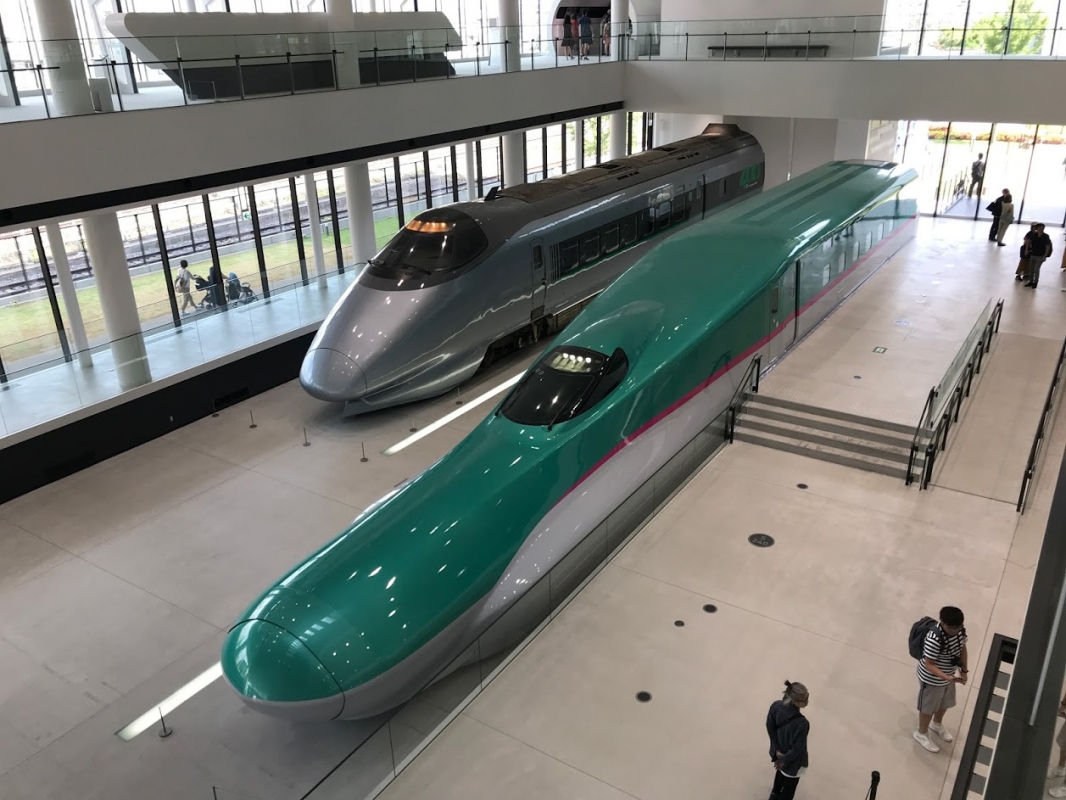 Figure 1: Bikes in the train car 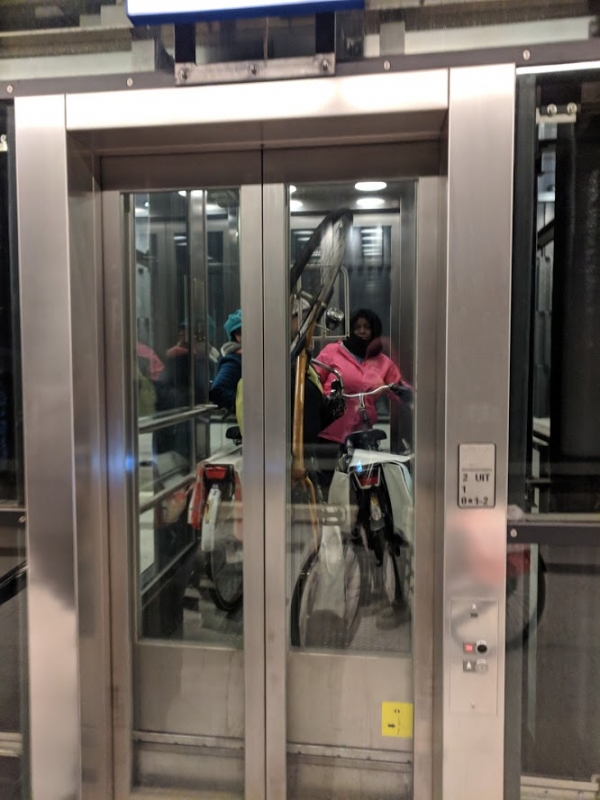 Figure 2: Bikes in the elevator

The ample amount of bike parking near stations encourage people to park their bikes before they get on the train. Every city we visited had thousands of free spots to lock your bike inside a garage that had a door leading directly into the station. And these garages were almost full. The fact that these facilities are so highly utilized speaks volumes to the Dutch cycle culture. Even in a smaller city like Delft, they filled 7,500 bike spots in the train station during the weekend. With this much participation in both cycling and transit, there is a lot we can learn from their designs.