The town of Houten is a very interesting case to study from the American perspective. They have attempted to design their town almost entirely around transit and bicycles. We had a chance to ride around and explore several of the pieces of signature infrastructure during our time in Houten. In the town bicycles are central to the infrastructure and have been prioritized over almost every other mode. The town is built around a railway station which provides quality access to the city center – out from this central transportation node flow several linear parks and in the spaces between the parks there are neighborhoods. These linear parks create the illusion of more green space than exists because almost all the transportation infrastructure (Bike paths) exists in the linear parks. On the outside of the town is a ring road as they called it – which would not be dissimilar to our arterials in the united states. From this ring road all the neighborhoods are accessible by car – however if you ever want to drive between neighborhoods then you must return to the ring road to make it to the next neighborhood. The following picture is of a portion of this linear park containing the bike route. 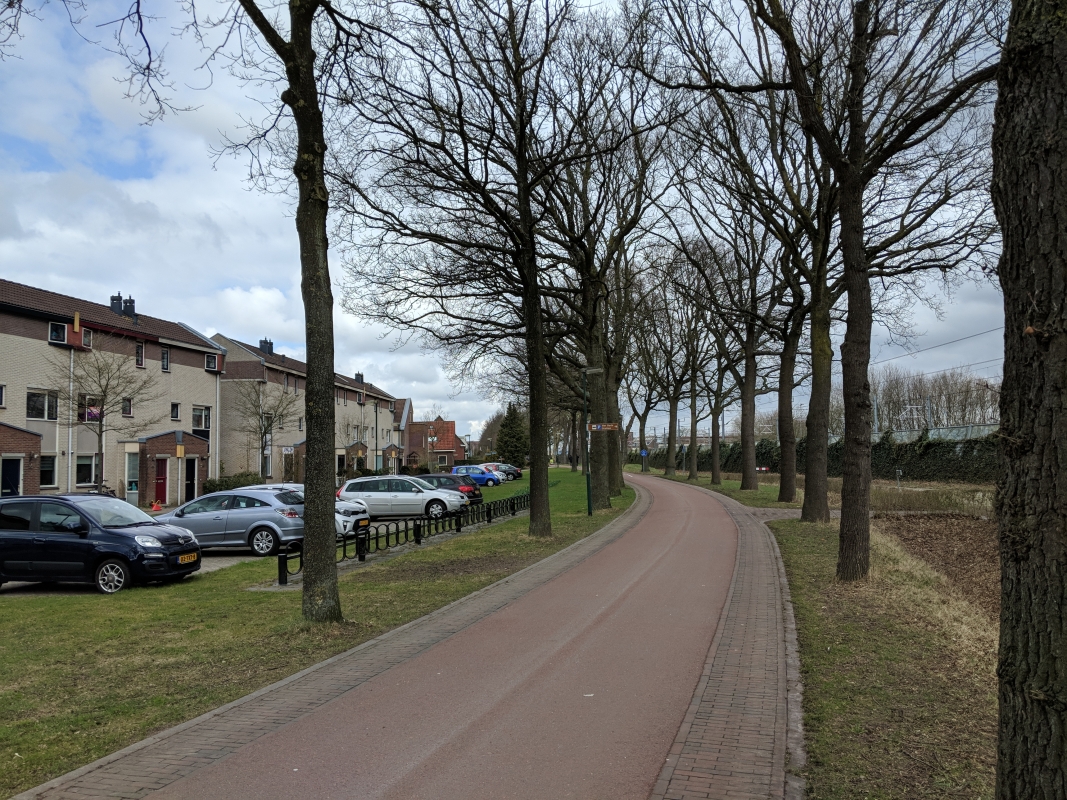 The following picture of a grade separated round about in Houten - this is used to create a safe and efficient crossing for both cars and bikes. 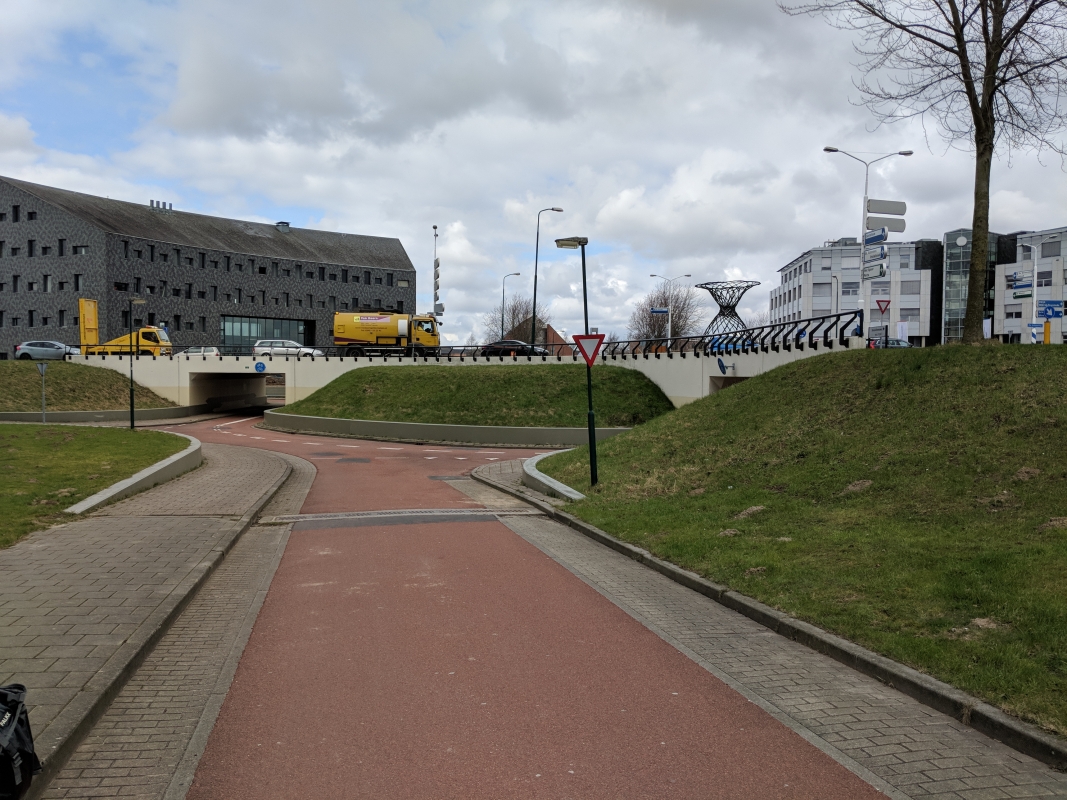 The town of Houten is not doubt beautiful and seems to strike a nice balance between nature and the built environment. This attempt is not terribly dissimilar from the ideas of Rexford Tugwell in his vision for greenbelt Maryland as a part of the new deal or Ebenezer Howard and the garden city movement. When we visited the town hall and heard from Andre - he explained some of the issues that exist in Houten such as a lack of affordable housing and a dependence on the automobile I was even further reminded of the united states. These problems coupled with the resemblance of the early American suburb gave me an odd sense of hope. The idea that adjacent parcels require a circuitous route to drive between them is very similar of the American Cul-De-Sac. While I would not usually advocate for a cul-de-sac, this street layout, when coupled with other quality transportation options such as biking and walking accessibility, creates a very peaceful town. This makes me think about ways that it would be possible to retrofit our current suburbia and make our neighborhoods look more and more like the town of Houten. Looking to the figure if we are able to open of the center of some of the American suburbs and add the parks that were initially envisioned – and adding quality mass transit that is not car centric – then I think we have the possibility to turn American suburbs into something even greater than Houten.