Welcome to the Netherlands

We have been in the Netherlands for about two and a half days now, and it is amazing to see how much cycling is prioritized and utilized by the Dutch people. This is especially evident in Delft, the town that we are calling home base for the next week. 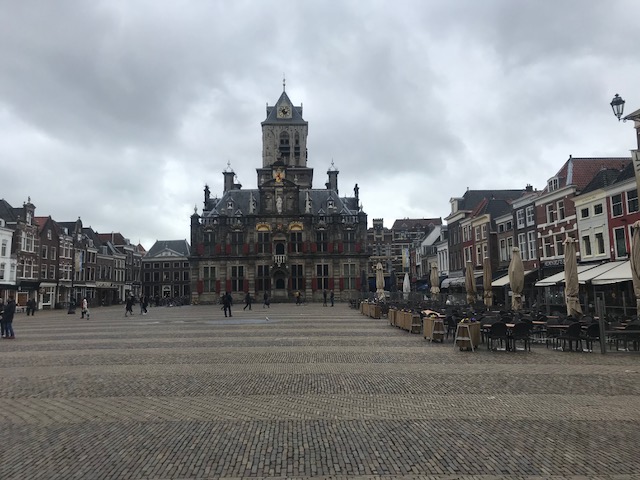 Riding around the city of Delft, it is immediately apparent that every single street has been approached from a cyclist’s perspective; this varies greatly depending on the location. One popular feature is a cycle track, which works especially well in high density traffic areas with higher speeds. The complete separation of bike and roadway users allows each to maintain comfortable speed with a minimum number of interactions with each other; while useful, these tracks require a fair amount of space. 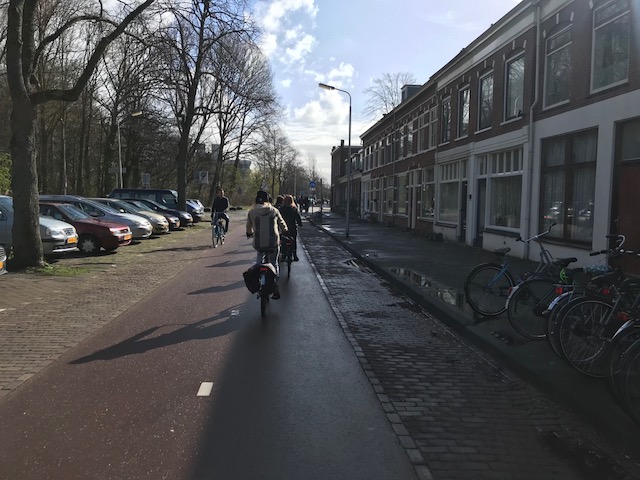 Design of roundabouts is especially interesting. Figure 3 shows the roundabout seen at Westlandseweg and Zaagmolen, a heavily used intersection especially for work commutes. While the vehicle section is single lane, the cycle track around it goes in both directions, which allows for less constricted bike flow. Additionally, cars must wait to cross the outer loop to exit the roundabout, giving bikes and pedestrians the right of way. 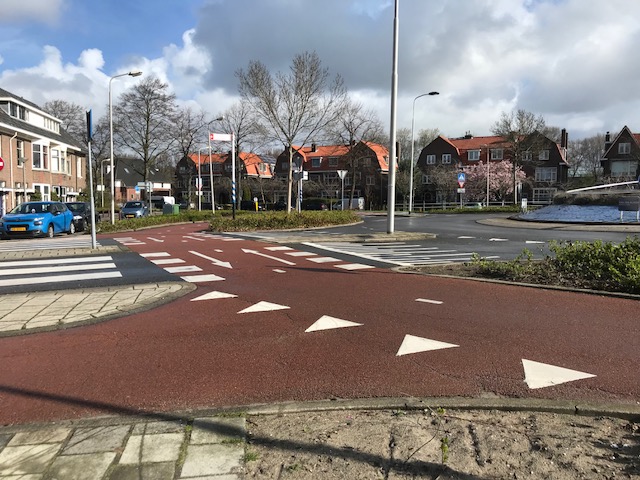 Although cycle tracks and dedicated bike lanes are ideal, they aren't always practical, especially in areas with narrow roadways and previously built-up infrastructure. The Dutch solution is the use of advisory bike lanes, which offer protection through the traffic calming as slowing of vehicles. As seen in Figure 4, bike lanes are added to an already in place roadway, and it is up to the vehicle used to give priority to the cyclist. This is especially effective in this culture, due to their understanding of biking habits. 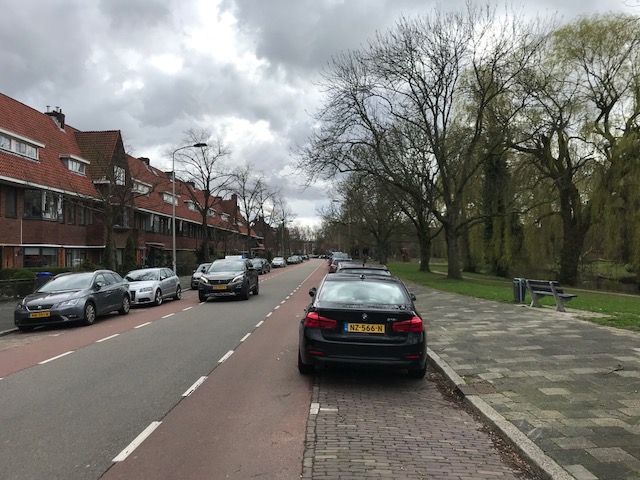 One example of cyclist priorities can be seen at many driveways and small side street intersections. The bike path is raised above the roadway on the curb level, so in order to cross the bike lane, a roadway user must meet the biker at their level. This simultaneously lets the biker know they are in control and the car to wait for the biker to pass. 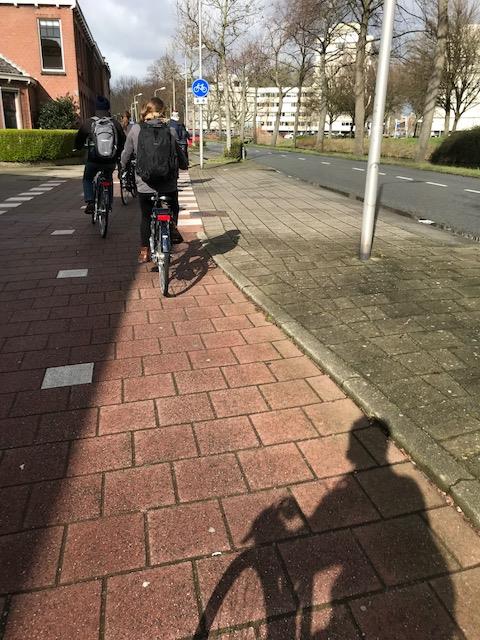 The heavy use of yielding also works great in understanding priorities. The most common method to show yielding is through the sharktoothed arrows shown below in Figure 6. This lets the user know that the crossing street has priority, and are especially common at roundabouts. Biking through downtown Delft, these were especially useful in understanding bike-on-bike intersections, where a smaller bike lane intersects or joins into a larger biking arterial. 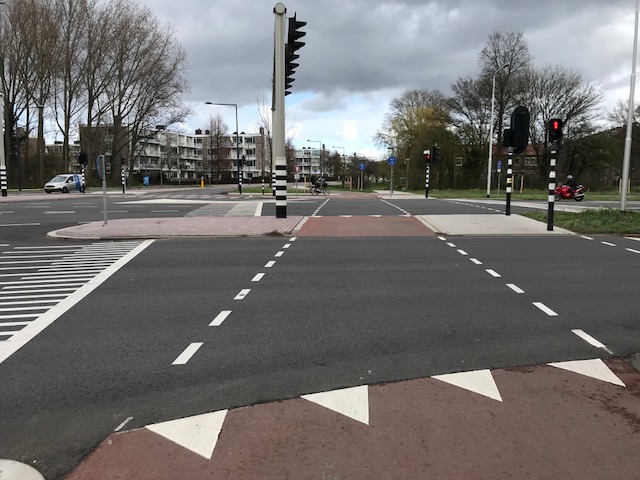 The most innovative solution is Woonerfs, streets that go beyond just accommodation to cyclists by creating more public and family friendly communities. This is achieved by making the cars do the work - winding streets and extremely low speed limits force the use of cars only when absolutely necessary. 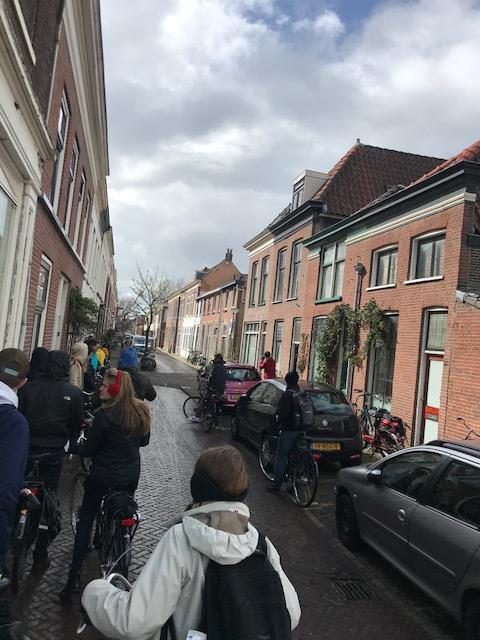 The Dutch Culture in Delft

Cycling is perceived so differently in the Dutch culture. Instead of being a niche or a hobby, it is a part of the daily lives of all people, young and old. We have seen college students biking to class, parents biking with their children to the grocery store, and business people biking to work. In the Netherlands, cycling is the norm, and it has become this way because of the heavy focus placed on adaptive infrastructure.