Balance is really important in the Dutch culture, not just balancing five kids on a bicycle, but also balancing modes of transportation and balancing development with the natural landscape. My first impression is just amazement at how everything really works together. Everyone here understands how things mesh and flow in order to maintain a smooth operation. Designs feel really intentional and place priority on bikes and pedestrians whereas in the US there’s often priority given to cars and then pedestrians and then bikes are thrown into the mix. Over here, there is every type of facility from cycle track to advisory bike lanes which show that transportation is really ruled by bikes.

Balance and intention are two key elements that I would like to return home with. I feel like we could all use more of this in our infrastructure system as well as in everyday life. At the delta tour, he emphasized how balance played a part in the way the country developed with the natural environment by working with it rather than in spite of it; he also talked about the importance of balance in wanting to pay more money now in order to protect from the physical and psychological damage flooding would cause. There’s also a delicate balance in the infrastructure system, usually allowing all modes to operate cohesively, either by separating or integrating based on what is safest for the most vulnerable user. If this mindset of balance could be implemented in the US maybe people could use the infrastructure at all socio-economic levels and simultaneously improve emotional well-being with safer transit, fresh air and open space. Intention is another key aspect of Dutch culture especially in design where they try to think about how a system will be used before implementation. Touring the train station, we learned that the bike parking facility is used as a major through street for cyclists and they provided a tunnel for easier use of this movement. They also consider multiple users at roundabouts by not just giving bikes the priority in separated roundabouts, but also by providing vehicles with adequate space to stop for bikes and then again space to stop for approaching vehicles. Providing that space may be costly but it shows intentional effort to accommodate all users in a safe and efficient manner. This example of intentional space is shown below in figure 1. 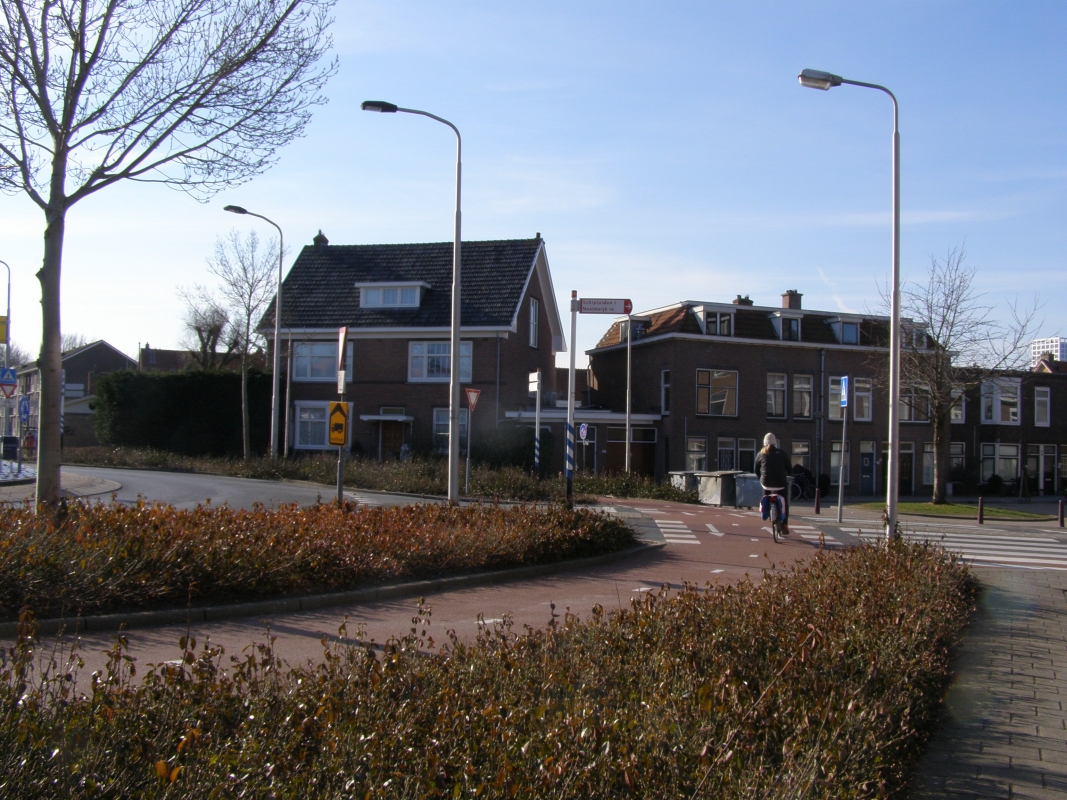 I think providing intentional designs promotes cycling and proves that cycling is king in this country. Similar intentions are shown in the plans for the Delft train station future plans with their plans to incorporate more mixed use space. They think far ahead and try to shape the area to be a place for everyone. This sort of intention focused on future use would be great to bring home with us. Roads are intentionally designed for vehicles, with striping and signage intentionally placed, but I would love to see more intentional planning for future use and all modes rather than just the current planning primarily for vehicle traffic.