My Time thus Far in the Netherlands

“Cycle tracks are like Art in the Netherlands, and Science in the U.S.,” said one of my classmates earlier today while we were on the bike facilities tour. As I pondered on this for a while, I realized that this sums up my initial feelings about Dutch bike infrastructure. Art appeals to one’s emotions, intuitions, and intellect. While riding to Delta Works in Maeslantering, it became challenging after about an hour. In fact, I remember asking April, the Teaching Assistant, how much longer we had, only for my soul to crash at her response when she reluctantly said, “About an hour.” It was at that moment that I decided I would simply enjoy the scenery and enjoy the journey rather than think about the destination. Although I was undoubtedly exhausted, the suitable biking infrastructure that changed throughout made it more interesting.

Design Differences and Prioritization of Cyclists

In terms of design, it is evident that cyclists are prioritized. There is bike infrastructure on almost every road. On our way back to Delft from Maeslantering, there was a stretch of road where there was no bike infrastructure – no cycle track, bike lanes, or advisory bike lanes. However, this was on a country, residential road without heavy vehicle traffic. When it comes to traffic signals, most, if not all traffic signals, include signals for cyclists, pedestrians, and motor vehicles. I was especially surprised to see a turn signal for cyclists. Another major design difference is in the color of bike infrastructure. In the U.S., the pavements on bike lanes and cycle tracks are painted green, while they are red in the Netherlands, as shown in the image below. 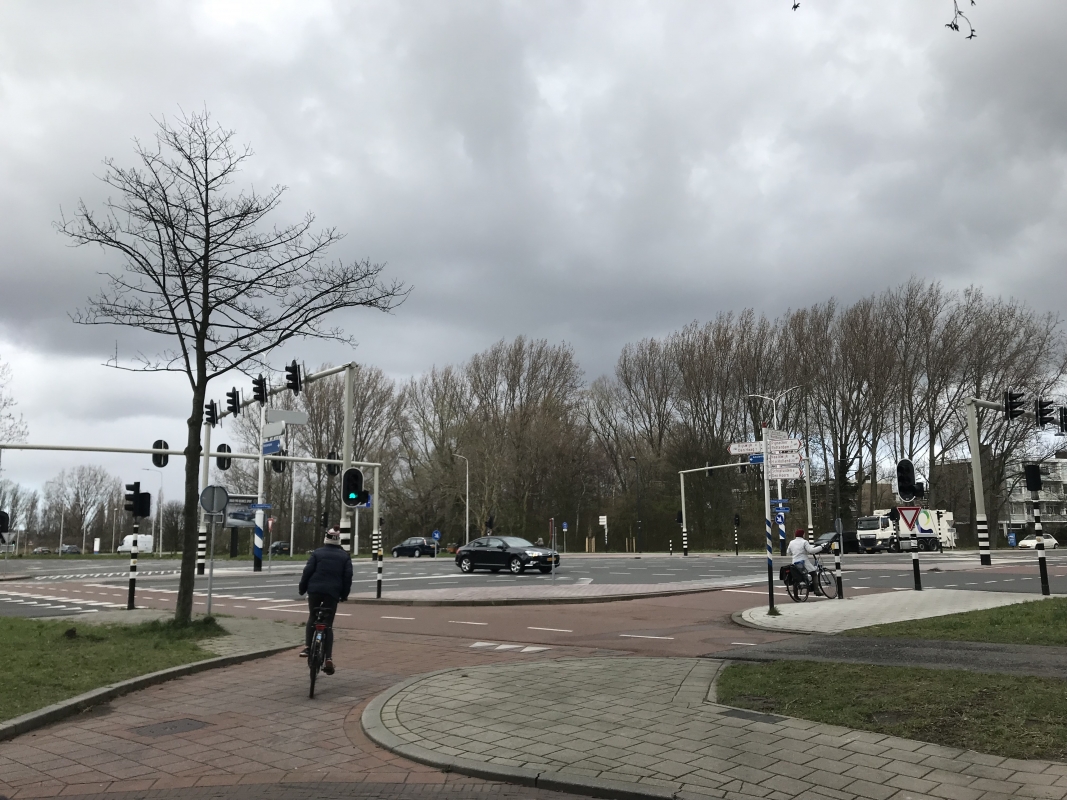 In the Netherlands, where roads may also be red, I realized that the roads and bike paths are paved using different materials. In this case, the roads were bumpier. This may not only be to further distinguish between the two but to also slow down the vehicles. Also, because bikes are prioritized, roundabouts are more common in the Netherlands than in the United States. Roundabouts are beneficial because cyclists can continue their journey, they improve traffic flow, and improve safety. An example of a roundabout that we saw during our tour is shown below. 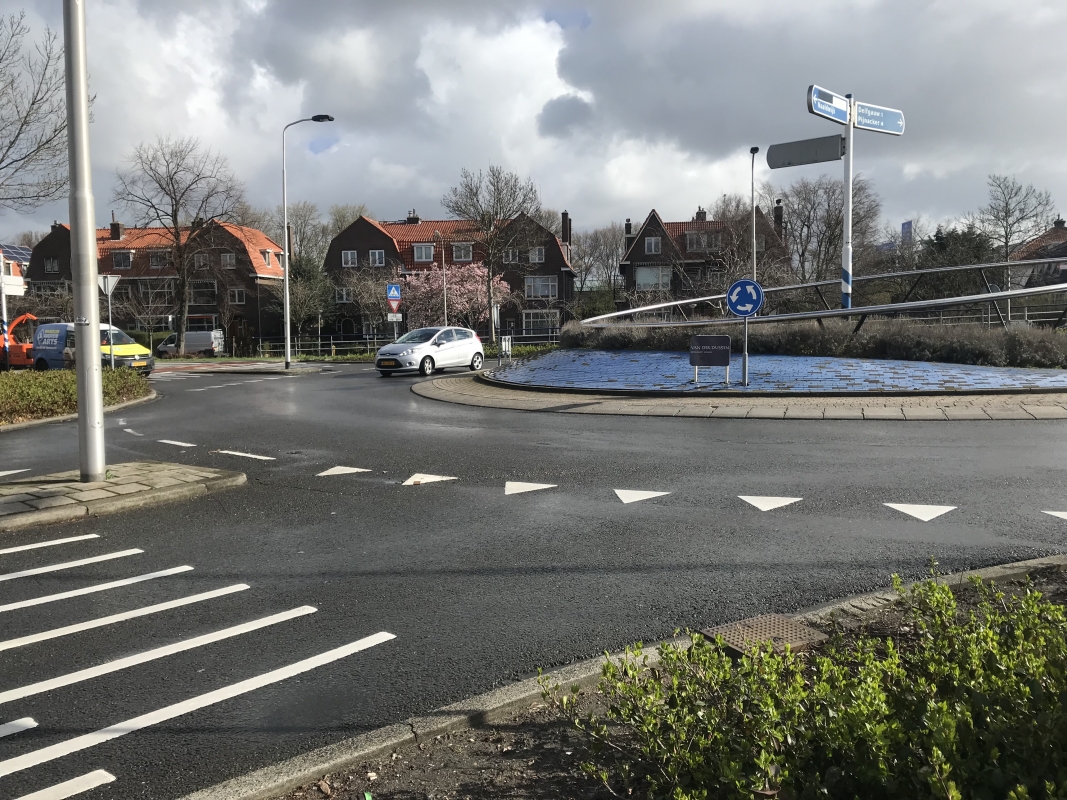 It is also clear that cyclists are prioritized with the construction of bridges and tunnels. During the tour of the bicycle facilities today, we were able to see a bridge that was constructed in order to shorten the travel distance and more easily connect one side from the other. Tunnels are also constructed for the same reason. However, if not to cross a body of water, tunnels may be preferred due to many reasons. There is a shorter height clearance required for tunnels as only the height of the cyclist is taken into account. A tunnel is also not as high as a bridge and thus requires less work from the cyclist, in terms of biking uphill. Without these bridges and tunnels, cyclists would have to travel much further than they need to.

Cycling is part of Dutch culture. It is part of who they are. It is part of their lifestyle. The Dutch use bikes to get to work, wearing a dress or suit. They use bikes to rush to their 11 am lectures or to transport their children to school. They also use bikes to get to the grocery store, to list a few. I have seen young children rushing home after school on their bikes. I have also seen elderly people biking. It is so deeply rooted in their culture that, when I am speaking to locals and share with them that I am here to study Dutch bike infrastructure, they look astounded. In the Dutch culture, cycling is a usual mode of travel that is cheap, convenient, environmentally-friendly, as well as good for heart health. They love cycling, as is portrayed in the image below. It is this beauty that makes cycling in the Netherlands like Art, although plenty of Science has gone into making it the best in the world. 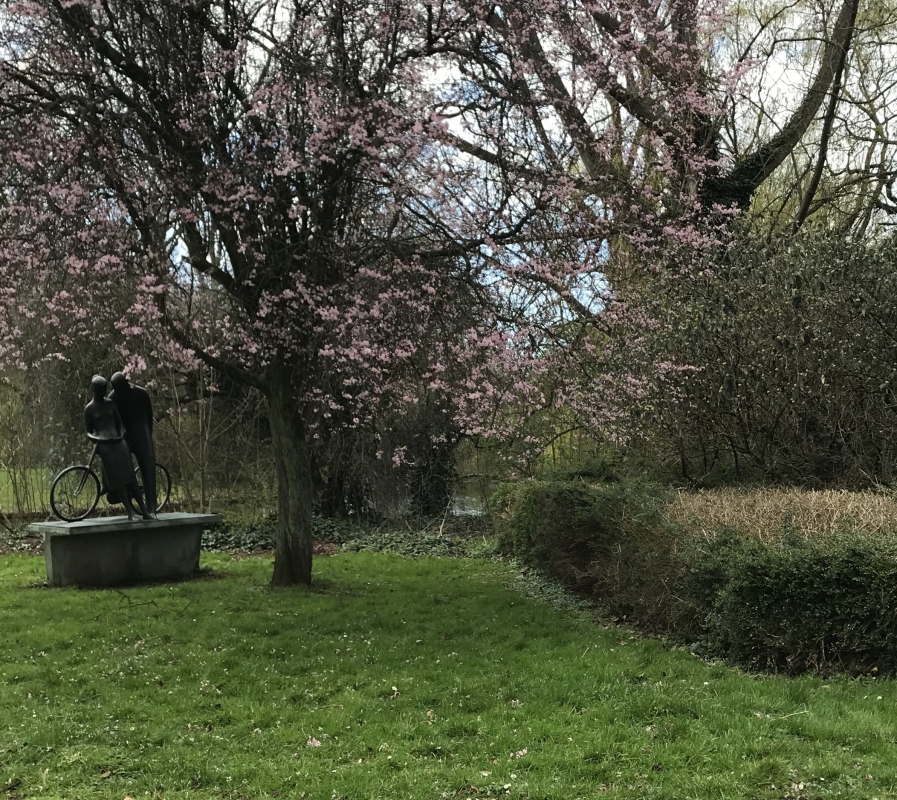