Blog #4: "The One Where We Plan for Cyclists"

Imagine being almost 30 years old and being given the best present ever: a bike. The only issue is no one ever taught you to ride it, so now you have to parade around walking this magnificent tassel adorned bike and being too afraid to actually hop on and feel the wind in your hair. This is the scene set up in an episode of Friends when Phoebe is given a bike that’s fun and pink and has the best tassels, but unfortunately she falls into this category of people that were never taught to ride a bike as a kid. Although this may seem strange, it’s somewhat believable here in America, but in the Netherlands it would be a foreign concept. Cycling is a way of life over there. In America bicycles are often viewed as a recreational activity, with over 60% of cycling trips used for recreational purposes compared to the 27% of trips in the Netherlands (City Cycling). I think this emphasizes the major difference in how transportation via bicycle is viewed in each country.

While cycling design is seen as an addition to roadway projects in America, the Netherlands view bicycle facilities as crucial links for cities big and small and have moved beyond installing bike paths and may choose to focus on things such as junctions, circles and traffic lights (Fiets Beraad). The policies in place in the Netherlands also promote cycling and bicycle safety. These policies are often at the national level and may provide a guide for local governments to implement. Because of the increased cost of owning and maintaining a car, many families in the Netherlands prefer to either only own one car or just rely on bikes to get around daily. Increased public transit in Europe also allows a further radius if people can bike to a station and then take a bus or train to a further destination whereas in America, the nation is so vast that cities tend to sprawl and public transit is much less extensive and thus more people choose to drive instead of using a bicycle or public transit. Another tactic used by the Dutch includes patterns of development. I love Atlanta so dearly, but even I will admit that it’s quite spread out with pockets of interest and connecting these point using bicycle infrastructure may encourage cycling, but the Dutch have a threefold process for development that may be better at encouraging more active types of transportation than providing infrastructure because they try to implement mixed-use development (Summary National Policy Strategy for Infrastructure and Spatial Planning). As with cars, could the same design principle be applied: could building bike infrastructure before there’s an increase in cycling in America increase the number of cyclists? Only time will tell, but hopefully we can learn from their tactics and there will be fewer Phoebe's learning to ride a bike at almost 30 years old! 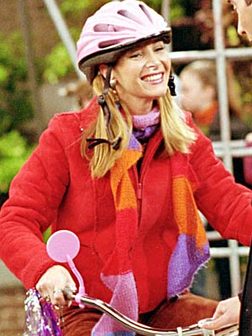