Bikes on a Train (Not really)

Throughout the past two weeks, it has been easy to get accustomed to the Dutch transit and train network. At train stations in each city, numerous amounts of bike parking exists. Commuters can bike to the station, park their bike, and easily walk up the platform to board a train. The racks are on two levels: the ground and a level above it. The first time parking my bike on the upper level I had some trouble using the mechanism. After a few times parking, I became a master and it was quite easy to use. 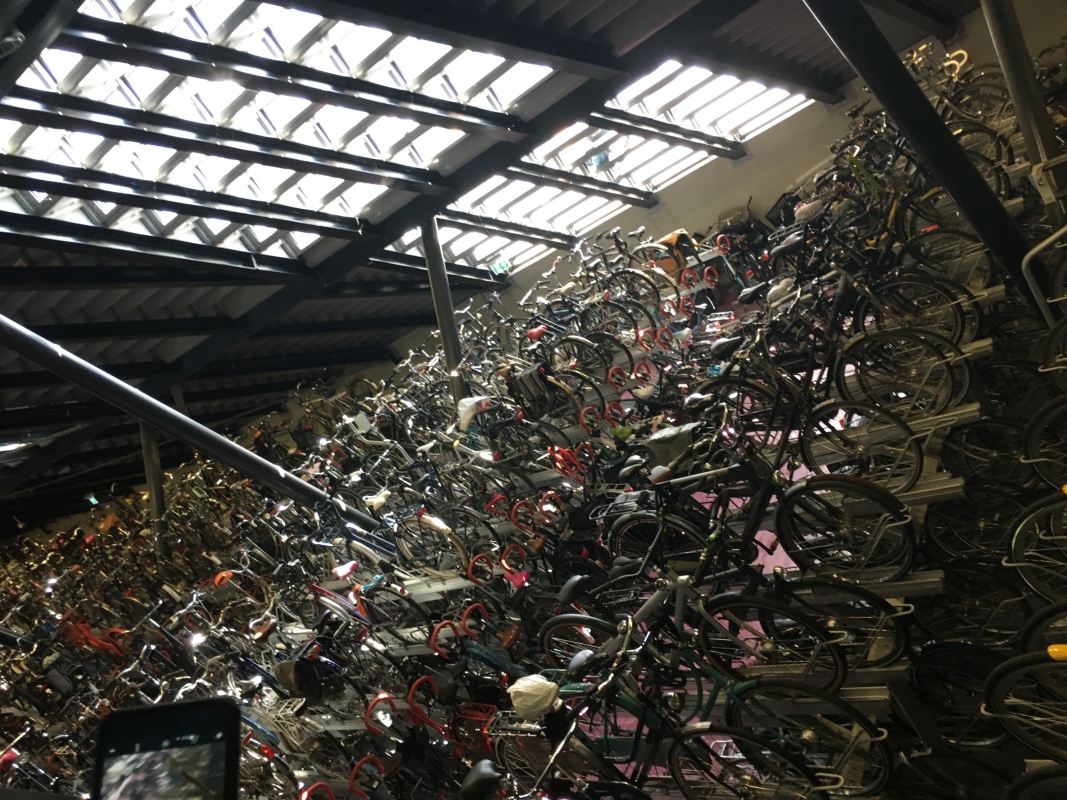 Bikes can be brought on board certain traincars, but I have never seen a non-foldable bike on a traincar. Because of their cheap bicycles, the Dutch usually have bikes parked at multiple stations: one to ride to their station and get on their other bike to go to work at their final station.

The Dutch measure transit based on accessibility and connectivity. It is critical for Dutch design that people can easily bike to their train station and make the transfer to a train. Without this easy accessibility, the Dutch would have to drive to work which would create negative externalities. Connectivity is also critical. You can live in almost any city and connected by train to the entire country.

The performance of transit is measured based on the amount of users and the timeliness of the system. If trains, trams, and buses were always delayed ridership would be discouraged and people would turn to the only other option for long distances: the car. Having an efficient system allows the Dutch to remain confident in their pubic transit.

Riding back from Harlaam Saturday night, the tracks to den Haag were being maintenanced. To accommodate users that need to get back to den Haag to transfer to Delft, express buses were located at Leiden: the last station before the maintenance. The Dutch ensure their transit is both reliable and responsive. The United States can learn from the Dutch's integrated transit systems.