Biking infrastructure in Atlanta, even on the best corridors, still feels dangerous to an average cyclist. Automobile drivers tend to assume that bikers will not be on the road because they are rare, and so as a cyclist, you cannot assume that anyone will stop or yield when they are supposed to. Being in a large group fixes some of the problem, as cars notice the first bike and then the rest can follow safely. When passing through intersections or making left turns, cyclists must stop and check if drivers are prepared to stop. Bike lanes feel moderately safe, but when cars pass at speeds upwards of 35 miles per hour, the lanes feel narrow. Cycle tracks separated by plastic posts, such as the one shown in the picture, feel slightly safer because of the space between cars and bikes. The cycle track would feel a lot safer with a sturdier divide, like a lane of parked cars or a row of concrete barriers. Cycling on neighborhood streets feel safer than cycle tracks despite having no biking infrastructure. The drastically reduced traffic speed helps to make bikers feel equal to drivers and allows for equal priority for all travelers. 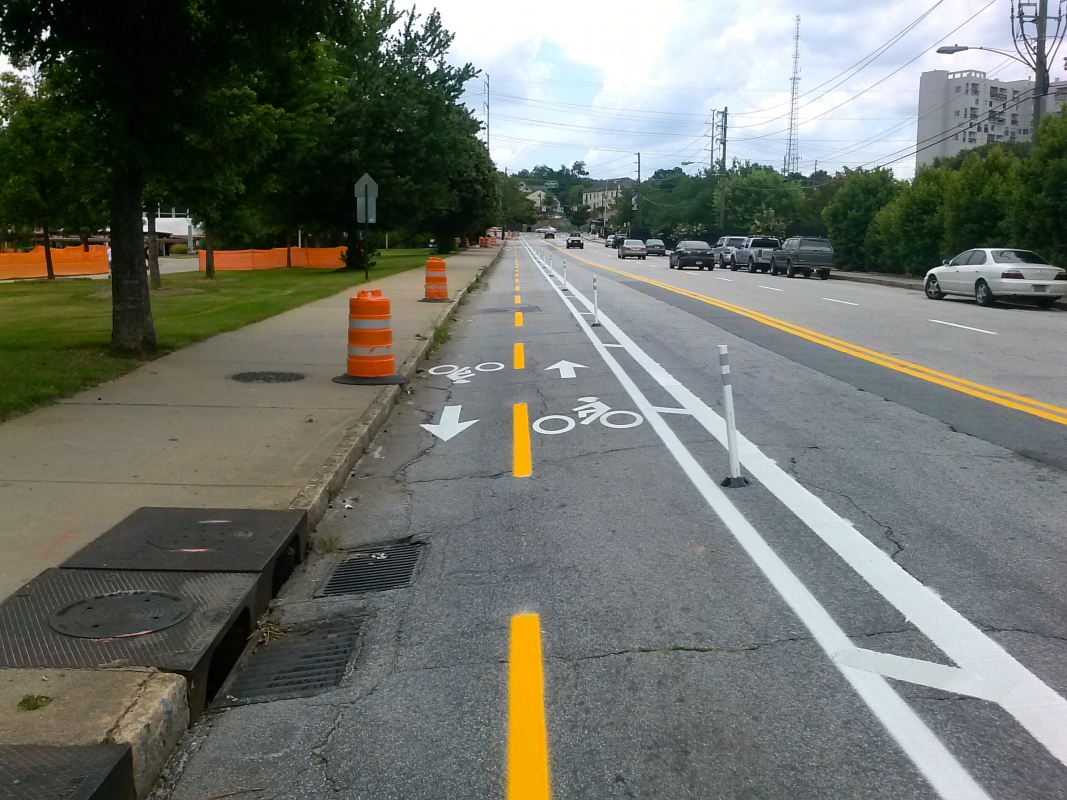 I would not feel safe biking on Atlanta roads by myself, regardless of where I was going. I was able to follow along with the group and navigate the planned route, but I would worry about making turns and findings safe travel lanes on my own. Even when streets have bike lanes or cycle tracks, they vary in terms of placement and are sparsely labeled. Additional signage or connections between paths and tracks would help a great deal when navigating new roads.

The Dutch have done an incredible job of making cyclists a priority and building infrastructure to make biking safe and efficient. The train station at Delft is a great example of how much easier biking is in the Netherlands. Cyclists go down a ramp and into a large bike parking area in which bicycles can be secured at ground level or raised using a simple hydraulic system as shown. Connecting cycling with transit is an area in which America needs to dedicate more resources, as it allows people to travel long distances without the use of personal automobiles. 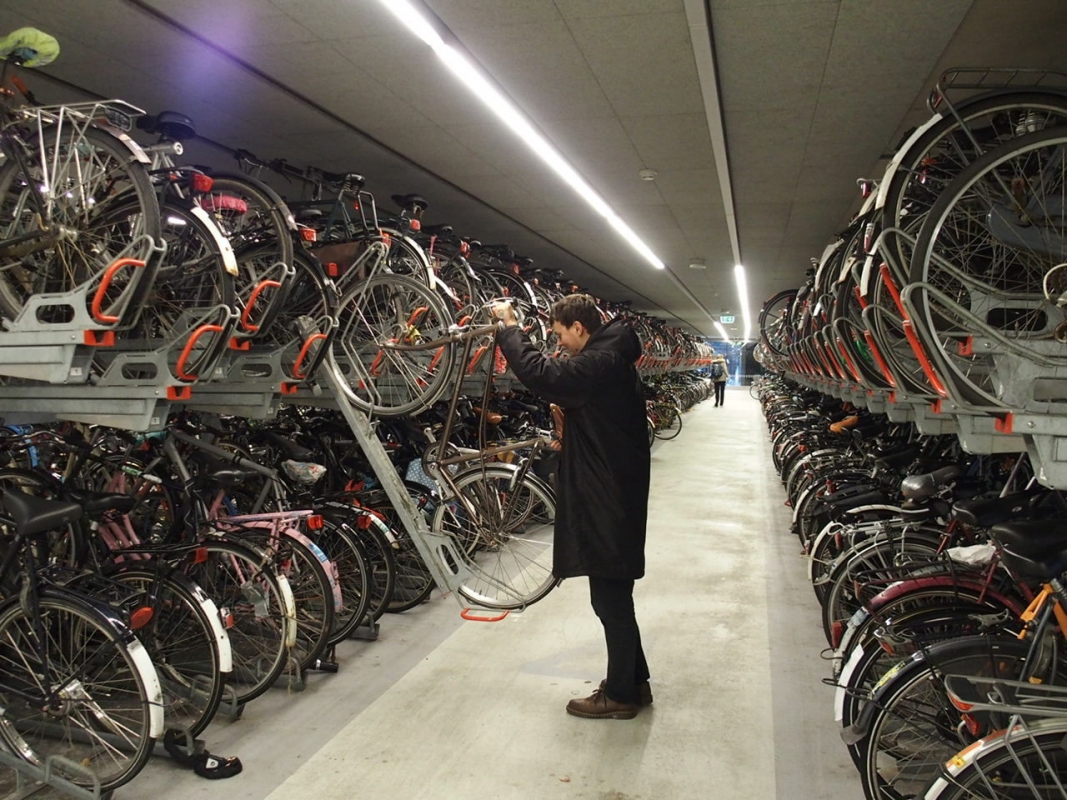 Intersections still present unique challenges for bike infrastructure, but the Dutch have created systems that allow for safe travel by all users. Use of roundabouts is prevalent, with cycle tracks going the whole way around and space for cars to stop and wait for bikes before and after crossing traffic lanes. When left turns are necessary, signals allow bikers to make the turn in two steps, with signals coming one right after another. Intersections in the U.S. seem to treat bikes like cars, mixing all travelers and allowing them to traverse the intersection together at their own peril.

The Netherlands has made a cycling a priority because it was the will of the people. After World War II, cars became affordable and automobile traffic dominated the roads. Pollution and safety became a concern, and so protestors fought for increased cycling. The government dedicated time, money, and lane space to making biking safer and more efficient across all parts of the Netherlands. The Dutch do a great job of designing roads based on safe speeds for all vehicles and separating by types. They designate six modes of travel based on size and speed: walking, cycling, light motor vehicles, cars, buses and trucks, and track vehicles. Each has its own specific design challenges and requires different corridors. American infrastructure often combines all modes or separates into only two or three categories.